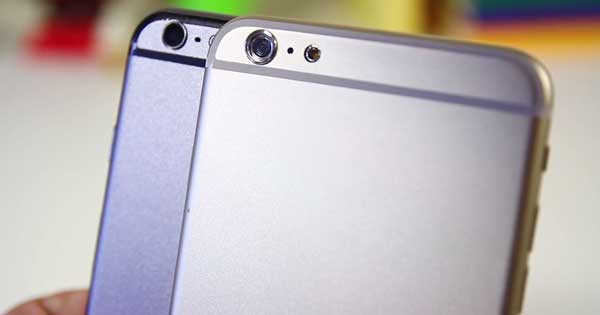 Here are iPhone 6 4.7″ and 5.5″ dummies in a hands-on video. Recent leaks have suggested that there will be two variants of the iPhone 6: One with a 4.7″ screen and a second one with a 5.5″ screen. However, we have seen these devices just pictured in images but now, they have been reviewed in detail in a long and extended hands-on video.

Both of the variants are exactly the same. They have the same button with a fingerprint scanner, earpiece, sensors and the front facing camera on the top. On the back there isn’t the Apple logo because dummy units usually aren’t branded but on both units the antenna lines which go around the top and the bottom of the phone are still present.

The antenna lines somewhat look the same like the antenna lines of the HTC One M8 and M7. The 4.7″ iPhone is the perfect size according to the reviewer. He says the ergonomics are quite nice and it isn’t very difficult to operate it with only one hand.

However, the 5.5″ iPhone is another story. Even though it has a 0.2″ smaller screen than the Galaxy Note 3, it is noticeably bigger than Samsung’s flagship phablet. The reason why the device is so big is because of the bezels. The 5.5″ variant has very huge top and bottom bezels which make the device bigger than what it should be. This makes it impossible to use it with one hand.

Previous articleiPhone 6 vs HTC One M8 Body Comparison, 4,7″ and 5.5″ Displays
Next articleOnePlus One Tear Down (Disassembly): View The Internals of The Flagship Killer