OnePlus One Tear Down (Disassembly): View The Internals of The Flagship Killer 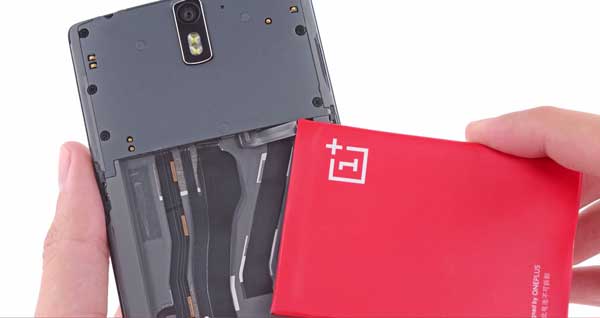 Watch the tear down (disassembly) of the OnePlus One, the device considered as a flagship killer. Even though finding and buying an OnePlus One at the moment is almost impossible, the folks over at iFixIt have managed to get their hands on one of the units and do what they do the best, disassemble high-end smartphones.

Finally, after a few months the OnePlus One has been disassembled and the internals have been revealed. The easiest part of the process was removing the back cover. No extra equipments were needed as the back cover was hold in place with a few clips which were easy to detach.

However, this was the only easy part. The battery was hidden under a screwed-in panel so removing the battery wasn’t an easy task. After the panel was removed, the internals of the OnePlus One appeared including the Snapdragon 801 chipset, 3GB RAM and 13MP rear camera.

Another thing is that the LCD and digitizer are fused together, so if the screen gets shattered, you have to replace both of them because they are a single unit. The OnePlus One got a repairability score of 5, where the advantages include no proprietary screws, fairly modular components and the disadvantages include a hard-to-replace battery and a fused LCD and digitizer.