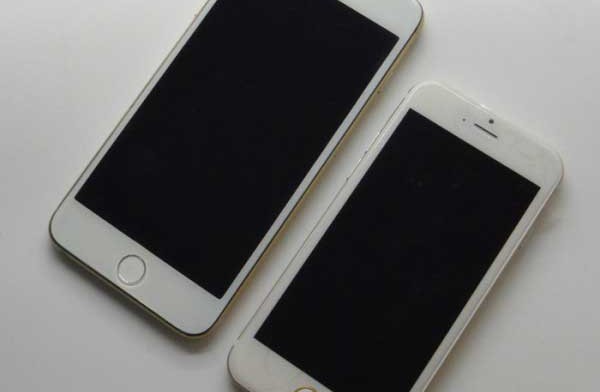 iPhone 6 is being leaked more and more everyday. This time, the upcoming Apple flagship device has been put aside the HTC One M8 and Samsung Galaxy S5 for a body and size comparison and we have fully body shots of the both variants, 4.7″ version and the 5.5″ phablet version. 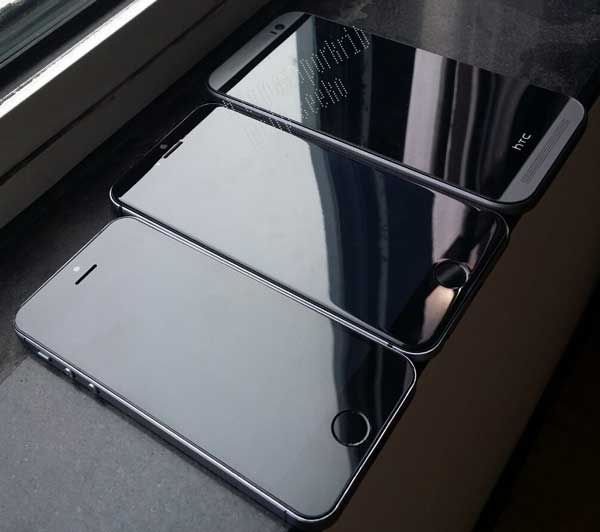 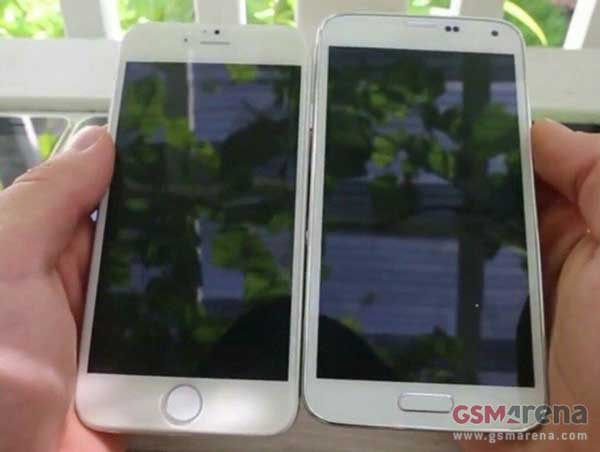 Another photo shows the iPhone 6 against the Samsung Galaxy S5. This time, thanks to S5’s slim bezels on the top and bottom, the iPhone 6 looks almost the same size as the S5. Even though the iPhone has bigger top and bottom bezels, it has noticeably thinner side bezels making it less wide than the Galaxy S5. 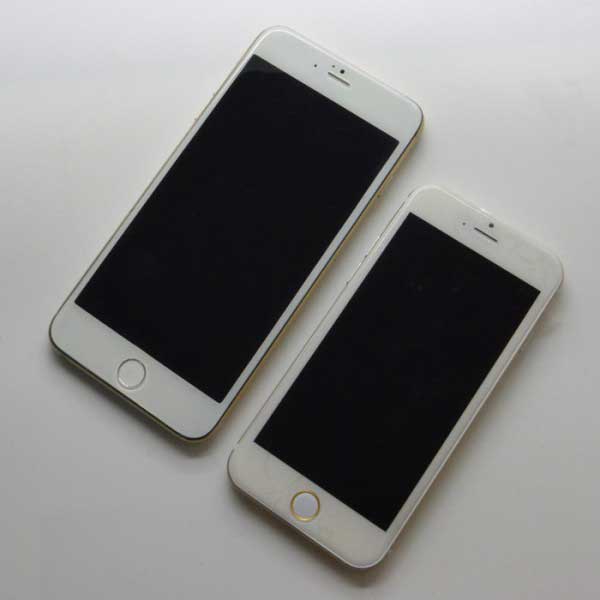 This photo shows two devices of what might be the iPhone 6 4.7″ variant and 5.5″ phablet variant. Both devices are exactly the same when it comes to the design where the only difference is obviously the size. One interesting thing is that all the dummies we have seen so far still have the antenna lines around the back of the phone.