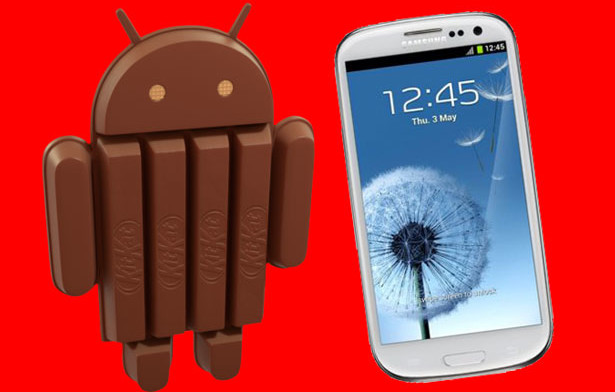 If you have been waiting for a stable and fast stock Touchwiz Android 4.4.4 KitKat ROM for your International Samsung Galaxy S3 GT-I9300, you will be happy to hear that a ROM has been released that is fast, smooth and doesn’t have performance problems.

The Galaxy S3 is Samsung’s best selling phone and it is still one of the most used devices at the moment. A few months back ago many people were disappointed when Samsung announced that it wouldn’t release the Android 4.4.4 KitKat version for GT-I9300 International Galaxy S3 variant.

The reason for this is because of performance issues. Touchwiz KitKat requires more than 1 GB RAM even though stock Android requires only 512 MB. All Samsung devices with 1.5 GB RAM and more have been updated to KitKat 4.4.4. The latest example is Galaxy S3’s sibling, the Galaxy S3 LTE GT-I9305.

There have been a few KitKat ROMs already ported to the 3G variant but they have mostly been ports from the Galaxy Note 2 and S5. Recently, a new KitKat firmware has been ported. This time, the firmware comes from SHV-E210S which is the Korean variant of the original Galaxy S3.

It has the exact same specifications but with the exception that it has 2 GB RAM instead of 1 GB. So, developers received the ROM and fully ported it to the GT-I9300. According to users, the port is very stable with minor bugs. The ROM is heavily deobloated so there’s no bloatware and useless apps.

1. Download the ROM and move it to your phone.

2. Enter Recovery and flash the ROM.

There you have it. Enjoy stable and fast KitKat Touchwiz on your Galaxy S3 3G. Developers have done a great job optimizing the ROM and you will be more than happy with it.