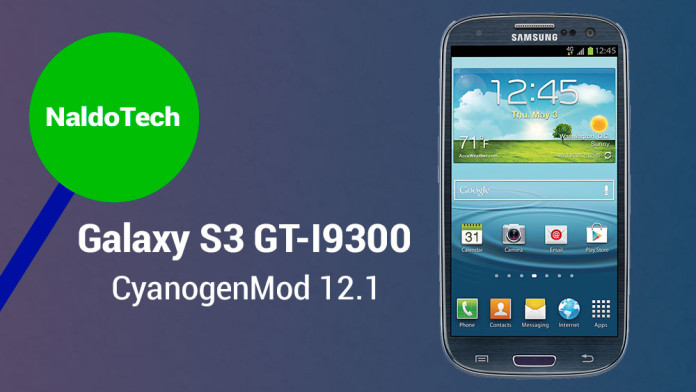 The Samsung Galaxy S3 has received a working CyanogenMod 12.1 ROM build. CM12.1 comes to the Galaxy S3 GT-I9300 variant from the same developer who made the original CyanogenMod 12 Android 5.0 ROM for this device.

The CyanogenMod 12.1 custom ROM for the Galaxy S3 GT-I9300 introduces the new Android 5.1 Lollipop Google version with stock Android skin. The experience is exactly the same as you would find on a Google device or other AOSP ROMs.

Still, this shouldn’t prevent power users from getting a taste of Android 5.1 on their devices, even though it is not official since there is no maintainer for the device.

Please note that this CyanogenMod 12.1 build is only for the Exynos International variant of the Samsung Galaxy S3 with build number of GT-I9300. Do not try to flash the ROM on other variants as it might cause damages to your phone. To check the model of your phone, go to Settings > About Phone.

That is all. Now you have successfully installed the ROM and you will be able to enjoy Android 5.1 Lollipop CyanogenMod 12.1 ROM experience on your Galaxy S3 GT-I9300.