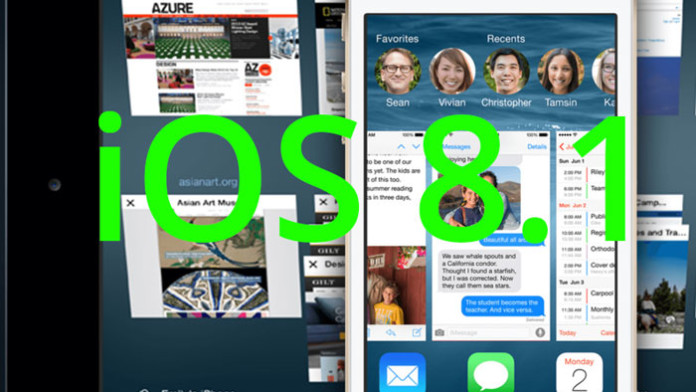 iOS 8 has had a lot of problems, bugs and issues since its first release. It is the latest iOS version that Apple announced this summer and it brought a lot of features that many Apple users appreciate.

As noted on other articles, iOS 8 is not a totally redesigned OS like iOS 7 was. It is more like a better and improved version of iOS 7. Even though the user interface is quite the same, iOS 8 has new features like statistics about battery usage, interactive notifications and ability to sync with a Mac computer.

Also Read: How To Turn Off App Alerts & Suggestions on iOS 8

When iOS 8 started to seed worldwide, many users were reporting that they were unable to install it. Some were unable to even download it because the new update was requiring over 6 GB of memory space and it was a real problem for users who had 16 GB iPhones.

Then, Apple released iOS 8.0.1 which turned out to be the worst update ever. Users started to report bad battery life, slow performance, random crashes and more.

Then Apple quickly released iOS 8.0.2 which fixed all the problems that users were reporting on 8.0.1. Now, Apple announced iOS 8.1 along iPad Air 2, iPad Mini 3 and MAC OS X Yosemite.

The main feature of iOS 8.1 is of course Apple Pay. You can buy things on the store and pay directly using your phone without having to use a credit card or cash. Now you select the permissions that every app requires.

Also Read: How To Downgrade from iOS 8 To iOS 7 Easy Way

Recently Added menu on Photos now shows your full history instead of only 30 days. Also, photos can be viewed in full resolution without downscaling. iOS 8.1 update will be available for all supported devices on October 20.