The HTC One M9 has been considered as one of the best devices announced during MWC 2015 alongside the Samsung Galaxy S6 and Galaxy S6 Edge. When it comes to the design, the One M9 is basically the same as the One M8 with the same aluminum unibody design and curved edges. But as the old phrase says, if it ain’t broke, don’t fix it. And HTC has followed this sentence.

But this doesn’t mean that everything else is the same. The HTC One M9 comes with a brand new 20.7 MP camera which is a huge improvement over the old 4 MP UltraPixel camera that the HTC One M8 has. It is able to record 4K videos and take sharp and detailed pictures. The front-facing camera has also been upgraded. The front camera is now a 4 MP Ultra Pixel camera which will make pictures better thanks to bigger aperture.

Even though the sensors are upgraded for better image quality, they are worthless if the camera app isn’t properly optimized. Fortunately, HTC has done a great job at creating a good camera app for the HTC One M9. In fact, it is so good that developers have rushed to port the camera app to other devices.

One developer who has been quite active in the past, known as Jinshu has been able to port the HTC One M9 camera app to all devices running stock CyanogenMod and AOSP ROMs. Jinshu is considered as an expert in this department as he has created excellent camera mods for other devices in the past, and this is no exception.

Jinshu has managed to port the camera app directly from the HTC One M9 firmware, also known as system dump and the result has been quite positive. The app can be installed on stock Android ROMs like CyanogenMod 12 and AOSP. The app is confirmed to work on Lollipop ROMs and I can confirm it as well, as it has worked on my Nexus 5. There are no word about KitKat. 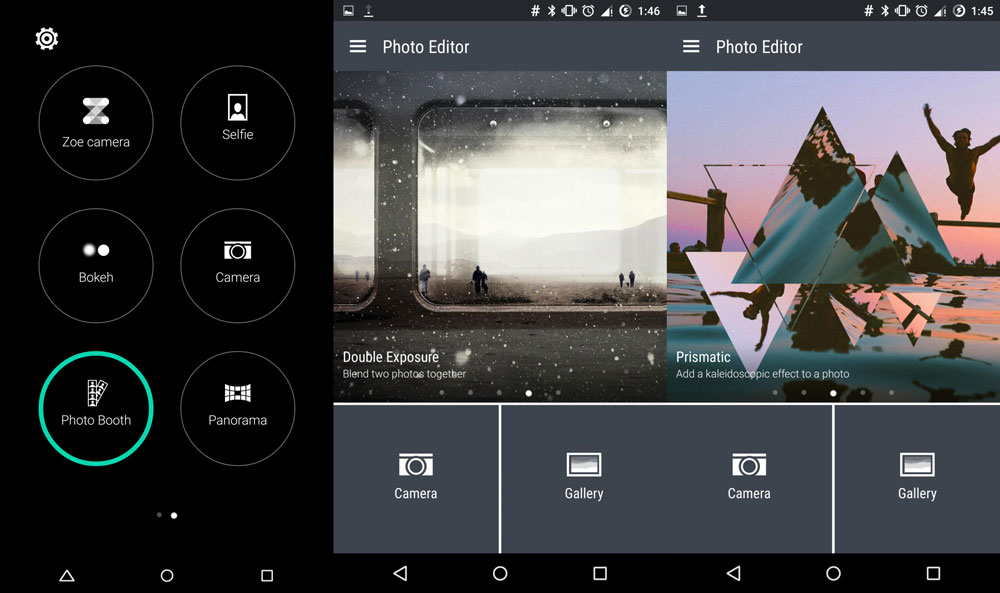 The installation process of the camera app is quite simple. Instead of installing an APK file you have to flash it through recovery. You need to make sure that you have a custom recovery installed like TWRP.

Now simply go to the app drawer and launch the camera app. So far, everything is working fine except Zoe. What about you?