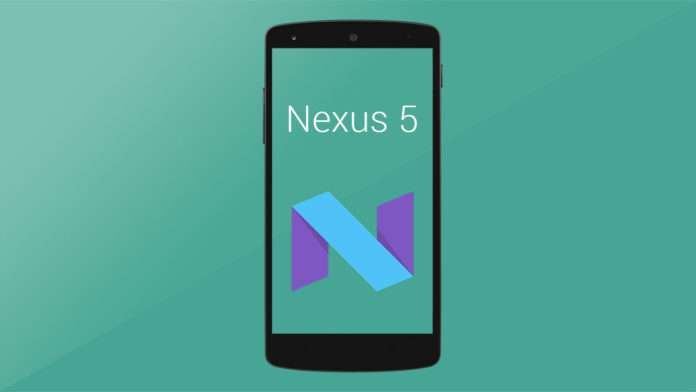 There have been a few Android 7.0 Nougat ROMs for the Nexus 5. You might have tried some of them on your own phone, and you have probably noticed they are slow, buggy and overall not ideal to be used as daily drivers. But, “Santhosh M”, a recognized developer and a recognized contributor over at the XDA forums has posted an Android 7.0 Nougat, AOSP-based ROM for the Nexus 5, which is fully working and there are no known major bugs or issues.

Thanks to the amazing developers over at XDA, you can enjoy a fully working Nougat ROM on your Nexus 5. According to the developer, there are major no bugs that should keep you away from trying the ROM and using it as a daily driver.

To flash this ROM, you need a custom recovery such as TWRP, so make sure you update to the latest version of TWRP. Then, turn the phone off and go into recovery. There, make a Nandroid backup if you want, wipe data and factory reset, flash Nougat ROM and then Nougat Gapps. Reboot your phone.

That is it. Wait for the phone to boot up with the new Android 7.0 Nougat AOSP ROM. If you are experiencing any issues installing the Nougat ROM on your Nexus 5, let us know below.