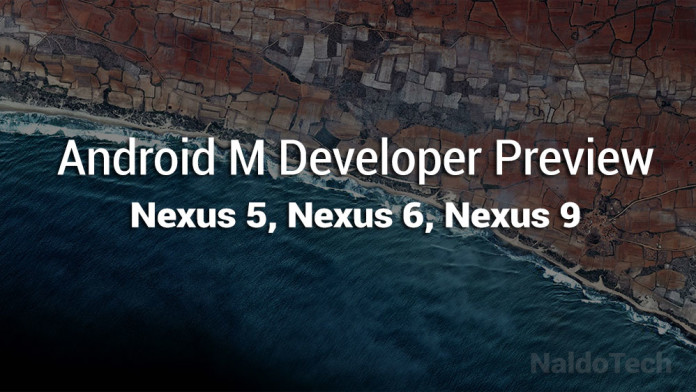 After the announcement by Google during Google I/0, the successor of Android Lollipop, Android M is finally here. Instead of creating a new Android version with a different user interface, Google has stuck with Material Design. It has taken Lollipop and improved it. Android M features longer battery life thanks to new battery saving features, fingerprint support (API) for developers to create custom apps and a redesigned home screen Google Now launcher.

Google has yet to announce the official name of Android M, even though many people believe it will be Milkshake. Google will officially release Android M to supported Nexus devices in the upcoming months, followed by other manufacturers like Samsung, HTC and LG.

In the meanwhile, Google has released the developer preview images for the latest Nexus devices, including the Nexus 5, Nexus 6 and Nexus 9. Developer Preview images are designed to be used by developers to test their applications on the latest version of Android and make sure that everything is working. However, this is a good chance for power users to get a taste of Android M.

Since it is not stable, the developer preview image might contain a few bugs but it is no where as buggy as Android 5.0 Lollipop Developer Preview images were, since Android M is more of a smaller update. Most of the things are working already.

The guide below will teach you how to properly flash the official Android M Developer Preview image on the Nexus 5, Nexus 6 and Nexus 9.

How To Flash Android M Developer Preview Images on Nexus 5, 6 and 9

Note: This will delete everything on your phone.

The installation process can take a few minutes so if your phone doesn’t boot after five minutes, do not worry.