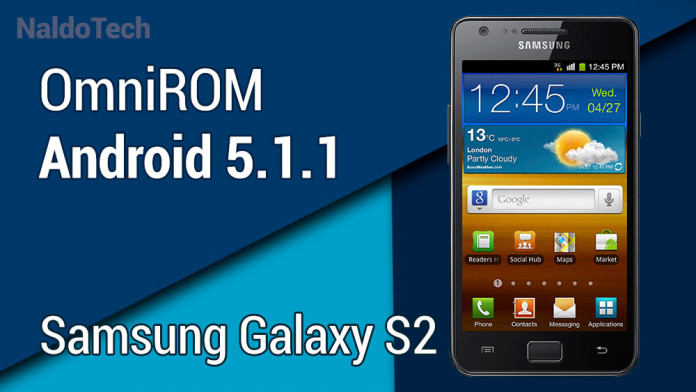 OmniROM based on Android 5.1.1 has just made its way into the Samsung Galaxy S2 GT-I9100, providing the latest experience of Material Design and all Lollipop software enhancements. The ROM is created by “asimovi”, using OmniROM’s source code. According to the developer, OmniROM based on Android 5.1.1 for the Samsung Galaxy S2 is stable and can be used as a daily driver.

The Samsung Galaxy S2 is the device that increased Samsung’s sales and put the company into the Android game. Even though it has been four years since its release, users and the community are not letting the phone die. The Samsung Galaxy S2 GT-I9100 was originally released with Android 2.3 Gingerbread and the last official update it received was 4.1 Jelly Bean.

While the phone no longer receives official updates from Samsung, it continues receiving unofficial updates through custom ROMs. Thanks to OmniROM, the Samsung Galaxy S2 has received a stable Android 5.1.1 Lollipop build. There are no issues with the ROM and it can be used daily.

Since OmniROM is a custom ROM based on AOSP, it features the stock Android Lollipop experience that you get on Google devices. There is no TouchWiz or any bloatware applications.

Note: You also need a custom recovery to flash the ROM and Gapps.

Reboot the phone and wait for it to boot into Android 5.1.1 Lollipop OmniROM.