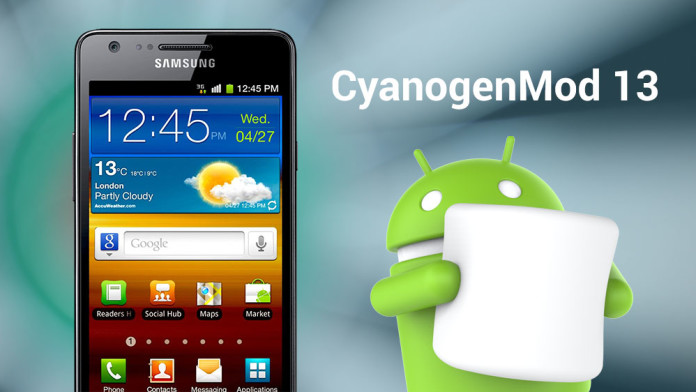 The first CyanogenMod 13 ROM build has seen the light for the old Samsung Galaxy S2. Now the 4-year-old smartphone was Samsung’s success key to the Android market, becoming one of the most popular Android devices at that time.

Even though it has been more than four years since the release, there are still a few people who have one, be it as a primary phone or just lying around. If you don’t use your Galaxy S2 as a primary phone, you can have some fun testing it by flashing the work-in-progress (WIP) CyanogenMod 13 ROM.

Don’t expect anything to be working, though. The creator of the ROM clearly states that the ROM is not usable. Most of the things are not working. It only boots up and even that required many modifications to the code. The CM13 ROM is only for testing purposes.

How to install CyanogenMod 13 ROM on Galaxy S2

Reboot your phone. You don’t need to flash Marshmallow Google Gapps. The ROM comes with TWRP, so you can easily go back to a stable ROM once you are done with CM13.