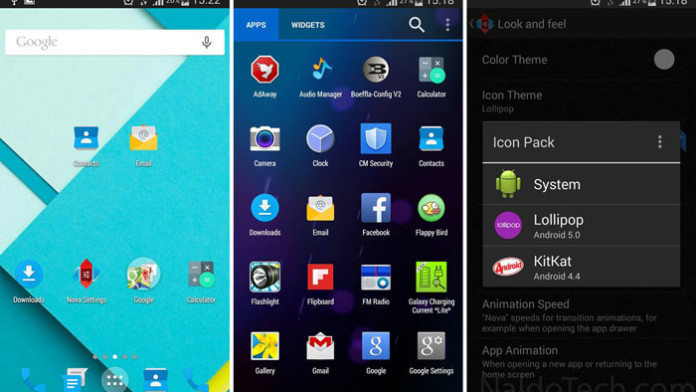 It is the best launcher not for high-end devices but it is a great option even for old devices which don’t have the fastest chipset or 2 GB RAM. Since Nova is lightweight, it works without any problems even on less powerful devices. This is the reason why this launcher is so popular and preferred by many people.

Google announced two new Nexus devices a few days ago, the Nexus 6 phablet and Nexus 9 tablet. They are going to be Google’s flagship devices for this year. Being the latest devices from Google, they come with Android 5.0 Lollipop out of the box. 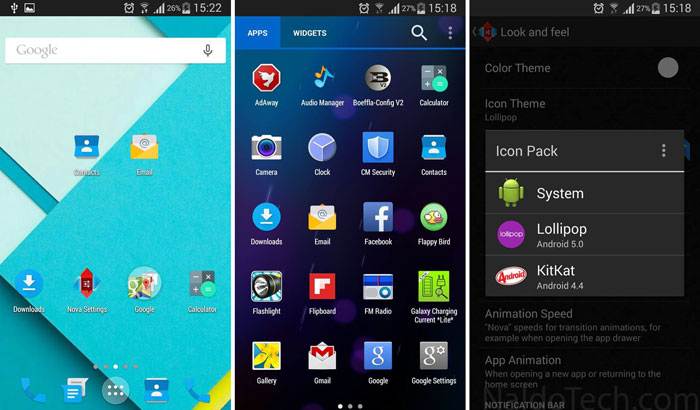 5.0 Lollipop is Google’s latest version of Android. It is full of features and new options which has made a lot of people excited. During the release of Nexus 6 and Nexus 9, Google also released the third Android 5.0 Lollipop Developer Preview image for Nexus 7 and Nexus 5 which is almost a stable build of official Lollipop.

Lollipop brings a lot of new features but the main attention is Material Design. Material is the newest design for Android and has replaced Holo of KitKat. The new design is simpler, colorful and overall is more polished. 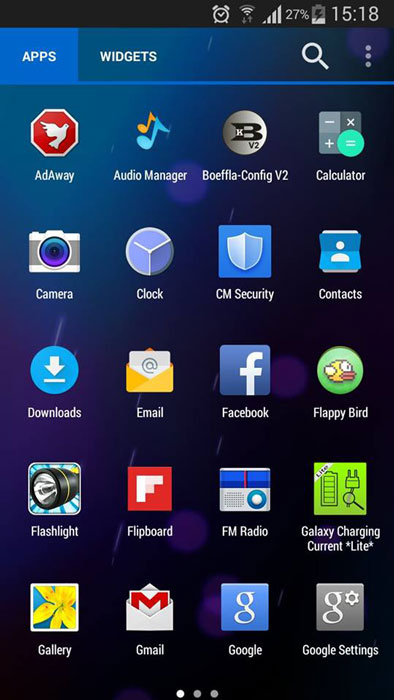 When the Developer Preview image got released by Google for all Nexus 5 and Nexus 7 users, developers quickly grabbed the file and extracted all the good things like apps, wallpapers and system sounds.

Nova launcher has just updated to version v3.2 which is one of the biggest update for this app. Nova launcher v3.2 brings the long required Material Design. Animations are now Material like and the overall experience is just like Lollipop.

How to enable Lollipop Icon Pack

When you download Nova launcher, the icon pack is your phone’s default one. Nova has an option to enable Lollipop icon pack.

2. Scroll down and select Look and Feel.

4. There are three options: System, which is the default one, KitKat and Lollipop. Tap on Lollipop Android 5.0.

First Lollipop updates are coming very soon in a few months. If you can’t wait and want to enjoy some of its features, Nova launcher is a great option. Also, here is a list with all other Material Design apps that you can install.