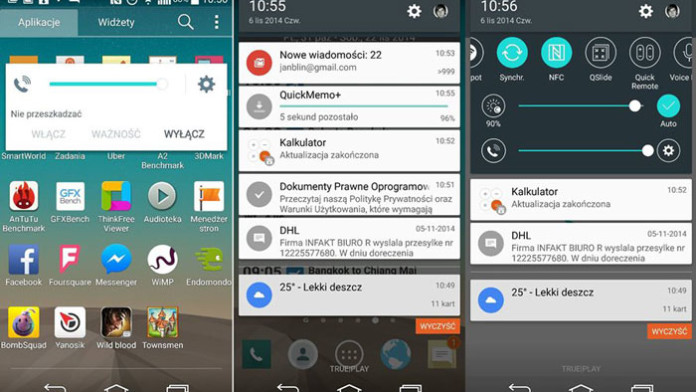 Today has been a very busy day for Android users and developers. Since Google announced 5.0 Lollipop and the source code, developers have been working all day and night without resting to create working ROMs for their devices.

We have seen a lot of devices getting these type of ROMs. We have already covered some of these devices including the Samsung Galaxy S3 mini, Galaxy S3, Galaxy Nexus 4, Nexus 7 and Nexus 10.

Now, an Android 5.0 Lollipop ROM has leaked for the LG G3. This ROM differs from others because it has LG UI skin and it is not AOSP based. AOSP means Android Open Source Project.

Every year, Google publishes the source code of new version of Android. Developers take the code and build ROMs for their devices. This was the case with the Galaxy S3. Even though the S3 never saw an official update to KitKat, thanks to source code and AOSP, it received KitKat and later Lollipop. 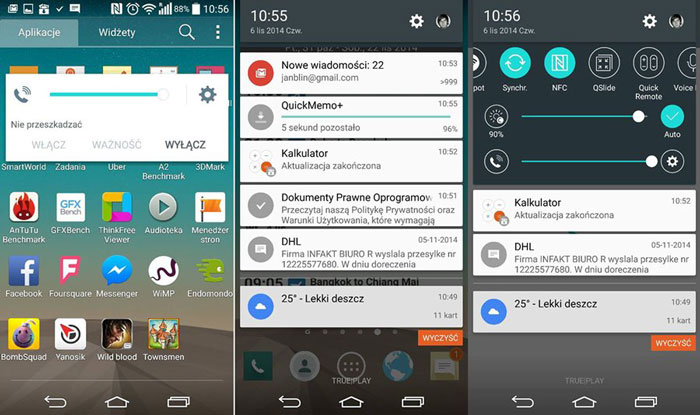 The LG G3 is LG’s current flagship phones. It is the first phone to really compete with other Android devices. Other LG phones were good too but weren’t able to sell millions of units like Samsung did.

It has very good specifications. It has a QHD screen, Snapdragon processor and comes with Android 4.4.2 out of the box. These specifications attracted a lot of users. That’s why millions of units have been sold.

Today, something happened that you would never expect from LG. A stock Android 5.0 Lollipop ROM leaked out. LG is known to delay updates for months and sometimes it never supports its devices. There are some very good examples of previous LG phones that never received updates.

But this time, the LG G3 saw its first Lollipop ROM even though the update isn’t officially out for the Nexus 5 and Nexus 7. This shows that LG is taking the job of updating devices very seriously.

The LG G3 5.0 Lollipop ROM is designed to be installed only on the F400S Korean variant. It isn’t designed to work on any other LG G3 variants. As other LG custom ROMs, it is standard LG .KDZ type and you can install it using LG Flashtool 2014.

The ROM has a lot of problems and it is not designed to be a daily driver. It is full of bugs and the only reason why you should install it is because it boots up. Everything else force closes and crashes. Make sure you know what you are doing because once you install it, you might not downgrade to KitKat because the process might update the bootloader version.