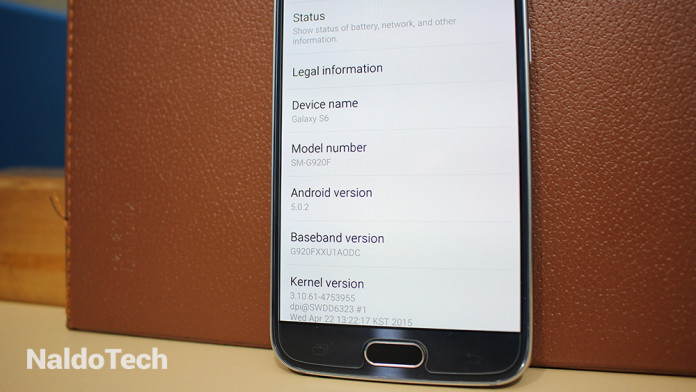 Developers have finally found the right code and made the necessary modifications to make Xposed framework and all modules work on Touchwiz Android 5.0 Lollipop ROMs. TouchWiz ROMs are very different from stock Android, not only aesthetically but software-wise too, thanks to modifications and improvements done by Samsung to the core of the firmware.

This has turned out pretty well for Samsung since Galaxy devices running on TouchWiz Lollipop ROMs weren’t affected by serious problems that occurred on stock Android Lollipop such as boot animation memory leak and high RAM usage.

However, this also means that programs designed for Vanilla Android do not work on TouchWiz Lollipop ROMs. The best example is the popular Xposed framework. It has been a few months since Xposed received an update to support Android 5.0 and 5.1 devices. However, this didn’t include TouchWiz ROMs. Only pure Android ROMs were supported. Any attempts of installing Xposed on TouchWiz Lollipop ROMs on the Galaxy S6, Galaxy S5 and Note devices would result in bootloops.

Now, a few months later, a solution has been found which finally allows all Samsung Galaxy users to enjoy the power of Xposed framework. The method works on all Galaxy devices with a Lollipop ROM such as Galaxy S6, Galaxy S5, Galaxy S4, Note 4, Note 3 and more.

How To Install Xposed on TouchWiz 5.0 Lollipop ROMs

To make Xposed work on your Samsung Galaxy device running on a TouchWiz Lollipop ROM, you will be needing a few things.

Once you replace the files and install the framework, your Samsung Galaxy device running on TouchWiz Lollipop ROM will enjoy all the features of Xposed.