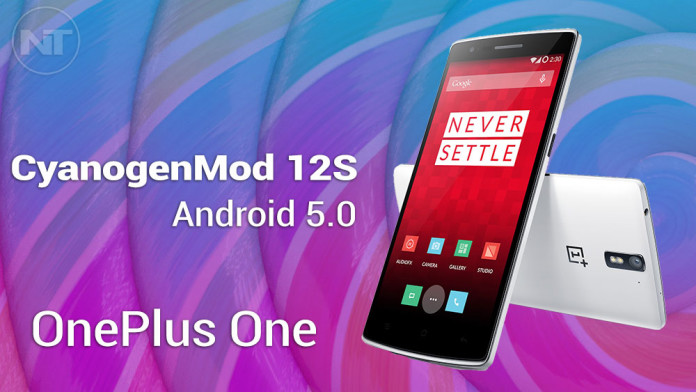 After many months of waiting, Cyanogen has finally released the official CyanogenMod 12S build for all OnePlus One users. OnePlus One quickly became one of the most popular devices last year for featuring high-end flagship specifications for a very low price. It sold millions of units even though it wasn’t available for the entire user market.

The best thing about OnePlus One was its ROM. The flagship killer came with CyanogenMod 11S, a customized variant of CyanogenMod 11 ROM based on Android 4.4 KitKat. CM11S included features and exclusive applications that no other device had.

When Google announced Lollipop last summer, OnePlus promised that a Lollipop update would make its way to all OnePlus One units. OnePlus has finally kept the promise and all users can enjoy the successor of CyanogenMod 11S, CyanogenMod 12S. OnePlus One owners now have a variety of ROMs to choose from, including CyanogenMod 12S and OxygenOS ROM.

If you have a stock OnePlus One, go ahead to Settings > About Phone and check for a software update. The OTA update should be available for installation. Since the new firmware is being released on stages, there is a chance that it might take a while to reach your phone.

Fortunately, a user on Reddit managed to capture the official ZIP OTA update and share it with the OnePlus family. Forum user “James1o1o” posted the original link as well a few mirrors so everyone can be able to manually download and flash CyanogenMod 12S OTA ZIP on your phone.

How To Install CyanogenMod 12S OTA ZIP on OnePlus One

Make sure you have USB Debugging enabled.

Charge your phone to at least 80%.

Install USB & ADB drivers for your OnePlus One.

Your OnePlus One will soon boot into CyanogenMod 12S (Cyanogen OS 12) based on Android 5.0 Lollipop. For any questions, please let us know below.