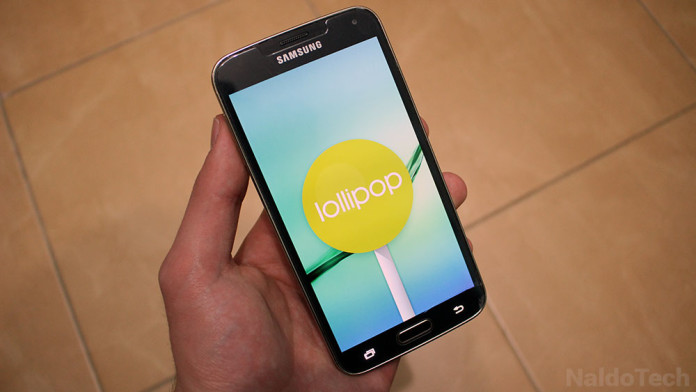 It was very strange seeing AT&T, one of the biggest US carriers to update the Samsung Galaxy S4 to Android 5.0 Lollipop before the Samsung Galaxy S5. Usually, it is the other way around. The flagship device receives the latest version first and then it is time for its predecessor.

Luckily, AT&T didn’t leave its Galaxy S5 users complain for a long time as it started rolling the OTA Android 5.0 Lollipop update just one day later after the Galaxy S4. The Lollipop firmware for the AT&T Galaxy S5 (SM-G900A) is the biggest update that this device has ever received.

The update (LRX21T.G900AUCU3BOC4) is juicy and introduces new improvements and other handy features. There are many things to get excited for if you are about to install the update. The most important change is the introduction of the simpler and more attractive Material Design user interface.

There is a new and improved priority mode, battery saving feature and smart lock option which keeps your phone secure when pairing it to other devices.

Again, all users who have the pleasure of using a Galaxy S5 can update to the newest firmware by going to Settings > About Device and checking for a OTA update. The firmware file is more than 1.4 GB in size, so you need to free up a lot of space to accommodate the huge OTA file.

AT&T is rolling the update in stages, so your phone might not be eligible for Android 5.0 Lollipop just yet. Still, make sure to check for the update every now and then.