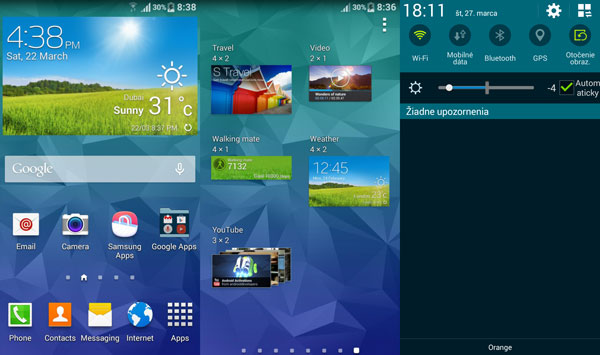 How to make the Samsung Galaxy S5 Touchwiz launcher faster and more responsive? The S5 has undoubtedly a great launcher. It is beautiful, colorful and most importantly, it has a lot of features and options which make it great. However, the big problem that every Samsung device has had with Touchwiz launcher, lag, is still present and more annoying than ever.

All Touxhwiz devices, no matter how fast they are, they still lag when scrolling through the launcher and apparently, Samsung has tried its best to make the lag as less visible as possible. The lag has been reduced but it is still there and doesn’t want to go away.

The good news it that will go away after you install the modded stock Galaxy S5 launcher. A developer, like a lot of other people. got tired of the lag of the S5 launcher. Because of this, he extracted the file and edited it in order to not be that laggy. And based on user and testers feedback, the developer has done a great job. It is a lot smoother when scrolling through pages and opening apps.