How To Install Pie Controls on Non-Rooted Devices 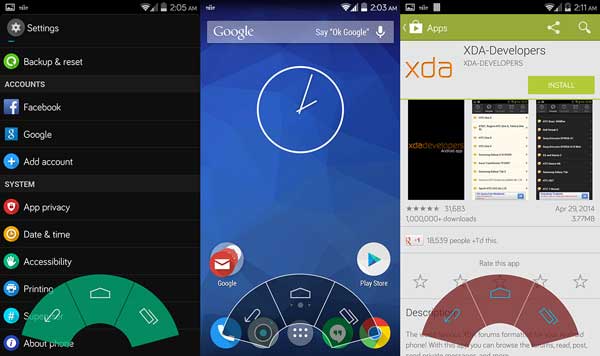 Install Pie Controls on non-rooted devices. “Pie Controls”is a popular feature that is used by many people in many custom ROMs like Paranoid, CyanogenMod and even third-party app browsers. Pie Controls feature displays different buttons with a selected function on the side of the screen for maximum productivity.

Pie Controls is quite useful on big Android devices because pressing the Home or Volume buttons is sometimes difficult on those big devices. Unfortunately, “Pie Controls” is available only on rooted smartphones. Everyone who has a device in stock or not rooted, can’t enjoy Pie Controls features and goodies.

Also Read: How To Enable Lock Screen Gestures on Android (Launch Apps From The Lock Screen)

However, Pie isn’t the only app (feature) than can do this. There are also many other apps which look and work just like the original Pie Controls. This time, a new app named DBPie tries to mimic Pie features. Until now there is nothing special about this. There are already many apps which are like Pie.

However, DBPie doesn’t require root access. Every Android user can install it, be it a rooted or non rooted device. You can finally enjoy Pie features on your non-rooted device.

Currently, since the app is still in Beta mode, there are a lot of features that have yet to be implemented. Current features include pie controls, ability to change the color, system wide function and support for landscape and portrait modes.

Also Read: How to Create Passwords for Android Apps and Fake Force Close Them

There are many goals that will be completed on the future like notifications, animations, app store support and quick toggle access. If you don’t mind the limitations that the app has at the moment (It is still an excellent app), go ahead and download it here.

Previous articleHow To Check The Manufacturing Date of the Samsung Galaxy S5 (Hardware and Software Information)
Next articleWill Apple Ever Stop The War With Samsung and Other Tech Companies?

How To Use Android Pay on Rooted Phone