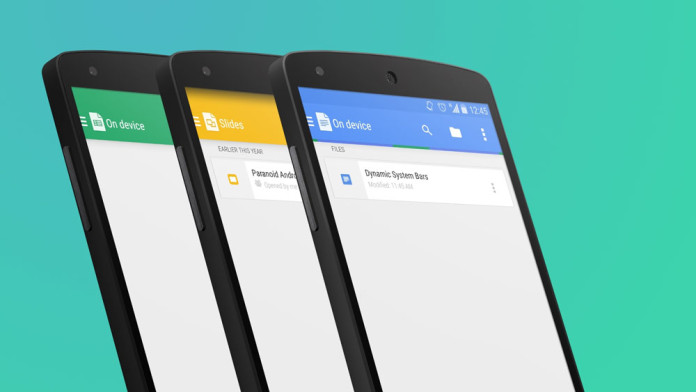 Nexus users are very lucky. They are the first to receive the latest Android version and all the features, applications and settings that it brings. And since these phones are under the supervision of Google, developer support is incredible. Google always releases the source code for all of its devices and this makes it very easy for developers to create ROMs, mods and other modifications to the system firmware. Lollipop is the latest version of Android and it is a huge improvement over 4.4 KitKat bringing new features and settings.

It introduces new features and applications that users have always been requesting and Google was nice enough to implement them. Some of these features include the new Material Design introducing a revamped user interface, ART as the default runtime system as well as a new battery power saving mode for increased battery life. This covers some of the most requested features that users have been complaining all the time. Even though Lollipop is more feature-rich compared to KitKat, there are many things that were left out, even simple things like navigation bar customization and battery level percentage on the status bar.

These are only a few things that custom ROMs have had for a long time. This is the reason why many users install a custom ROM on their devices. It has more features and options than a stock firmware. One of the best modified aftermarket firmware is CyanogenMod 12, which is already available for a good number of handsets. But there are other ROMs which are as good to CM12. One of these firmwares is Paranoid ROM.

Paranoid is one of those ROMs that you have to install if you want a ton of new features that the stock firmware does not have. It is one of the most feature-rich firmwares that you can install on your Android phone. If you haven’t heard about Paranoid, here are some of the features that make it stand out from the rest.

Immersive mode gives apps more real estate so you can enjoy more things at the same time. This mode hides the status bar when it is not necessary and displays it again when you need it, or when you swipe down from the top of the screen.

Pie is the most distinctive feature of Paranoid. All Nexus phones come with on-screen software keys instead of hardware buttons. Virtual software keys are great because they can be customized and modified according to users’ wishes. The only downside is that these keys waste a good amount of screen space. Pie has taken control of this problem. Paranoid completely removes the navigation bar and enables Pie controls. By simply swiping up, you can select various actions like you would do with the navigation bar.

There are other neat features like the built-in theme engine, Peek and Dynamic System Bars.

Paranoid ROM has been updated to version 5.0 which brings the Android 5.0 Lollipop experience to all supported devices. Paranoid has released stable builds for all Nexus devices, including:

How to install Paranoid ROM:

That is it. Enjoy more powerful Android 5.0 Lollipop ROM on your Nexus device using the Paranoid ROM. Enjoy!