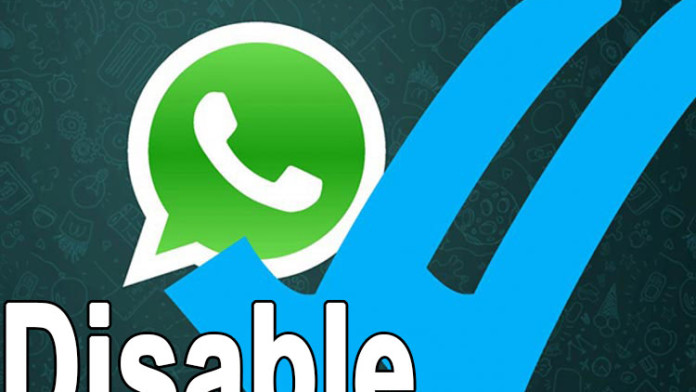 If you are annoyed by the new feature that Whatsapp introduced called “Read Receipts” with blue ticks, don’t worry. You can easily disable them. Most of messaging applications that you can find on the Play and App Store have had the capability of telling if someone has read the message or not.

Facebook, the most popular social site on the internet has had this feature for a long time. When the person reads a message, the sender gets notified with a tick sign.

The same thing happens with other messaging applications. Whatsapp, which was bought by Facebook a few months ago, didn’t have this feature until now. Actually, the app has always had ticks, but they didn’t mean that the receiver has read the message. 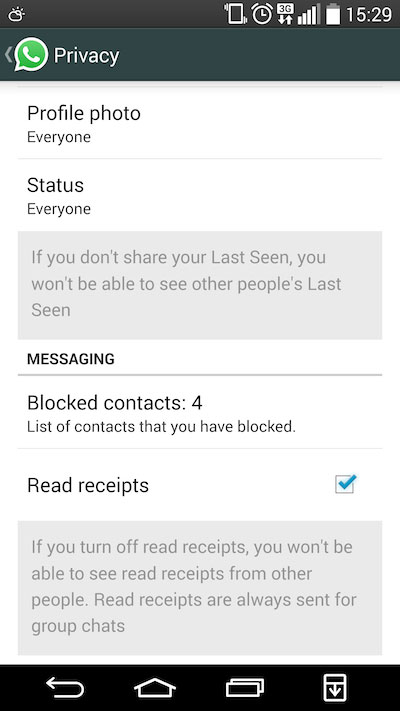 Those two ticks mean that the message has been successfully sent. A new Whatsapp update introduced the Read Receipts feature. When the receiver reads the message, those two ticks turn from grey into blue.

This was a universal update and all users had to accept the new feature. But many people complained because they didn’t want other people to know if the message has been read.

Whatsapp heard its users and released a beta version of the app where you can disable the blue ticks. At the moment, this update is available only for Android devices and you need to install the Beta app.

How to turn off “Read Receipts” blue ticks on Whatsapp:

Also Read: How To Annoy Friends on WhatsApp (Funny Tips)

Now other people will not be able to see if you have read messages or not. This option will disable Read receipts on all conversations but will still leave it running on group chats.

How To Enable WhatsApp Calling Feature Without Invitation (Root)

How To Turn Off App Alerts & Suggestions on iOS 8