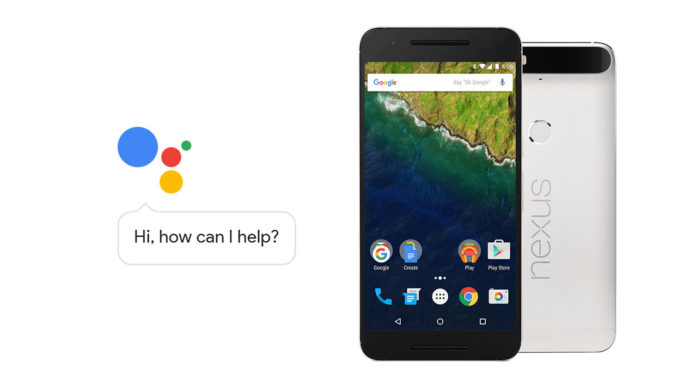 During the Google Pixel and Pixel XL announcement event, Google revealed that Google Assistant would be exclusive to Pixel devices only. Google Assistant is Google’s latest take on “Artificial Intelligence”. Google has released a few voice recognition apps in the past, trying to compete with Siri and Cortana.

Google Now was Google’s first product. It was a huge improvement over the old basic voice-recognition software. Then came Now on Tap which could analyze the content display on your phone’s screen to give you the best experience possible.

Google Assistant is a combination of both, but better. And if you thought that it was Pixel-exclusive, think again. User “brianelv” over at the XDA forums has created a mod which makes it possible to enable Google Assistant on Nexus 6P, Google’s last Nexus phone.

While it is supposed to be Pixel-exclusive, Google Assistant is available on stock Android 7.0 Nougat images. It is present on Nexus 6P’s NBD90X build, but it is disabled. You need to modify your phone’s build.prop file or flash a zip file to enable it.

How to install or enable Google Assistant on Nexus 6P Android 7.0 Nougat

You can either modify the build.prop file of your phone, or flash a zip file through TWRP, a custom recovery. Nonetheless, whichever method you decide to choose, you need to have a Nexus 6P with NBD90X build. This tutorial won’t work with any other builds.

Note: You must have a custom recovery installed. TWRP is recommended.

That is all. You have just enabled Google Assistant on your Nexus 6P. If you have any questions, comment down below.

How To Enable Google Assistant on non-Pixel Devices