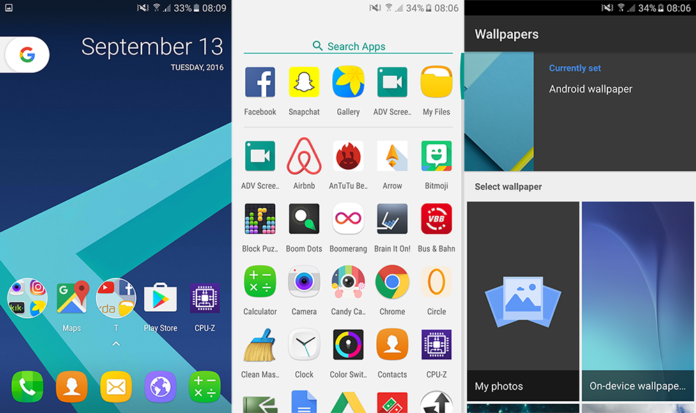 We are now certain that Google will release two new Pixel handsets in the near future, replacing the iconic  Nexus line which has been going for many years. Everyone is very excited to see what Google has planned for their new smartphone line.

While we have seen a few leaks of the upcoming Pixel phones, we haven’t gotten anything official yet. Google is doing a great job at hiding details and preventing leaks from going online. However, today we have one of the biggest leaks regarding the upcoming Google Pixel phone, and that’s the launcher that the phone will have pre-installed.

We have the APK file for you to install on your phone and to take a look at the launcher of the upcoming Google Pixel phone.

Firstly, download the package from the link above. Extract the file and you will get two APK files: “NexusLauncherPrebuilt.apk” and “WallpaperPickerGooglePrebuilt.apk”. Install the first app and then the second one. Press the home button and select the newly installed Pixel launcher. That is all you have to do to install Google’s upcoming Pixel launcher on your Android phone. If you are having any issues with the download link, let us know below.