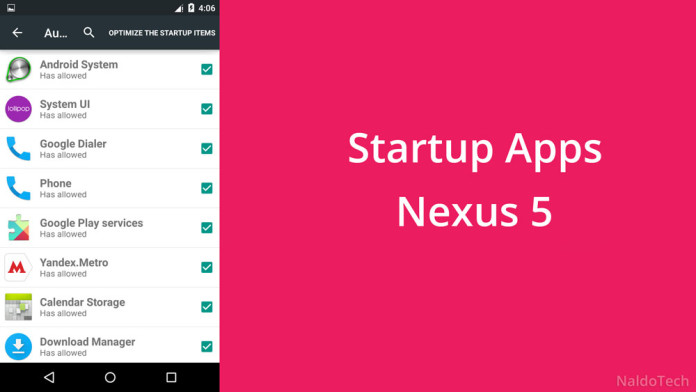 Throughout the years that Android has been available for the world, developers have realized that iOS is not the only mobile operating system that they can develop for. Google has taught them that developing for Android is as good, if not better.

You can easily see the results of this. A few years ago, the Android Market struggled to even have some of the popular and basic apps while now, Play Store is the biggest mobile market with more than 1 million applications available. There will certainly be an app that fits your needs.

Also Read: How To Install Android 5.0 Lollipop on Nexus 5 Stuck in Bootloop

But so many apps bring an important problem. Installing more apps than you need on your Nexus 5 will make your phone slower and even cause battery drain. Of course, nothing will happen if you don’t go on a installing spree. 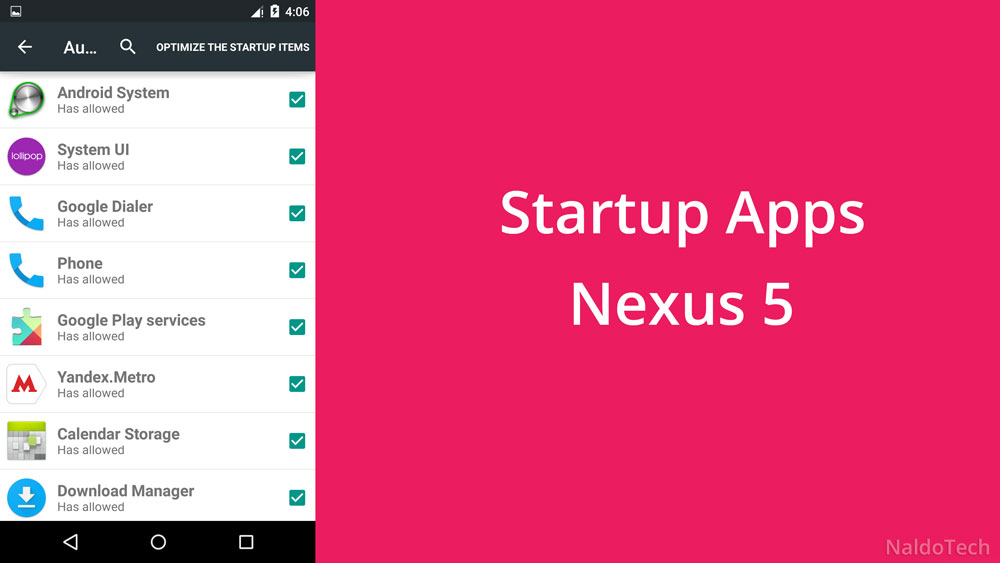 The problem relies to manufacturers. They have the habit of installing more apps than you actually need. These kind of apps are called bloatware and most users don’t like them. Primarily because they are carrier or phone related and aren’t very useful. On top of that, they take space and drain battery even when you aren’t using them.

The problem with the Nexus 5 and Android in general, like other operating systems is that when the phone boots up, many processes and applications start. Of course, there are some important apps that must start but there are also a handful of apps that aren’t needed. Even if you don’t use them, they will run on the background, draining battery and making the Nexus 5 slower.

We are concerned about this and you should be too. If you are, then we have some very good news for you. Senior member “garynych” has created a mod for the Nexus 5 called Autostart Menu which allows and blocks apps to run during boot.

With this mod, you can select which apps to run and which apps to block from starting when the Nexus 5 boots. This is handy if you want to improve battery and performance. This mod works on devices with Android 5.0 Lollipop.

How To Block Apps Running After Boot on Nexus 5