Buy your Fancy LG G2 in Red or Gold version 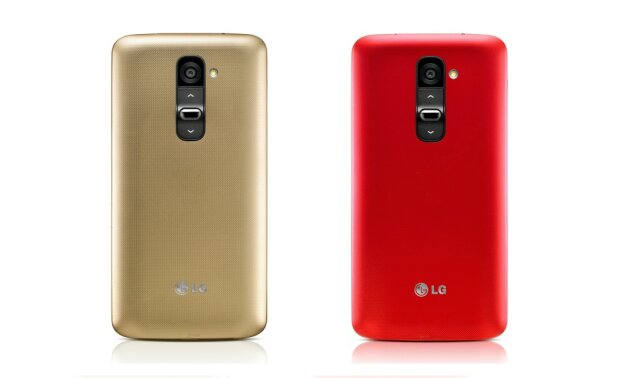 LG G2 is sure getting too many cool things this month. It will receive KitKat at the end of January and if you haven’t still bought it but are planning on buying one,  you can even enjoy Android KitKat on a gold & red LG G2. Yes, LG has announced that it will be launching two new colors which you probably know already: Red and Gold.

The problem is that these two versions are Limited Editions which means only a few handsets will launch with these colors and buying one will be difficult. LG will be launching new versions pretty soon and you might be able to buy one at the beginning because as we said, buying one later will not be an easy job.

That being said, it looks like LG is using the same strategy as Samsung. At launch date there are only two colors available and later, after a few months,  the company launches many new beautiful colors like pink, green and orange.

It is a smart move from the companies but sometimes this annoys people who already have bought a phone at the launch date and now the new colors are better. Are you going to buy the LG G2 in gold or red?