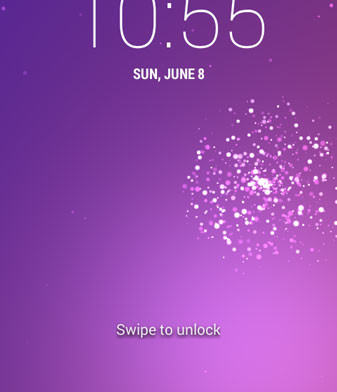 If you like the Sony Xperia Z2 lock screen effect, then you can easily download and install it on your Android device. Each Android manufacturer creates a custom skin for their devices like Samsung  with Touchwiz and HTC with Sense. Some customize their versions a lot making it completely different from stock vanilla Android like Touchwiz and some decide to go with a similar design to stock Android like Moto X and Moto G user interface.

The Sony Xperia Z2 has a brand new firmware which is a lot different from stock Android. It has a lot of features, options and applications which make it useful and interesting. Not only the apps, but the Xperia Z2 firmware has a lot of beautiful design elements.

Starting with the launcher, recent apps menu and especially the lock screen menu. The lock screen is very unique. When you tap on the screen, small shiny particles show up making the lock screen look even better. If you ever wanted this effect on your phone, you don’t have to get a Sony Xperia Z2. 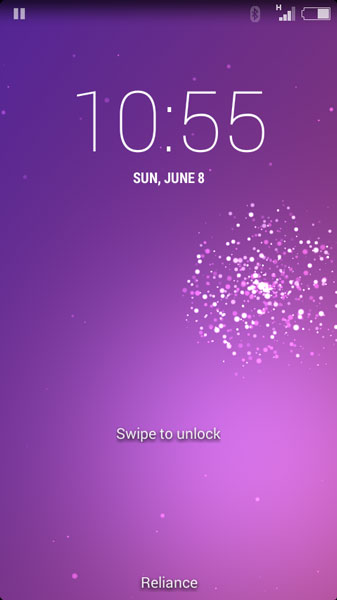 You can install the ported lock screen app on every Android phone for as long it is running Android 4.4.2 KitKat and newer. The port works on all devices. It has been tested on many Xperia devices like the Xperia T, P, L S, Z and even on non Sony devices like the LG G2 and LG G3.

The process of installing Xperia Z2 lock screen on your phone is quite simple. You need a few tools and  edit a couple of lines. For the full tutorial, go here.

After you have installed the new lock screen app, go to Live Wallpapers and select Xperia live wallpaper to get the full effect.