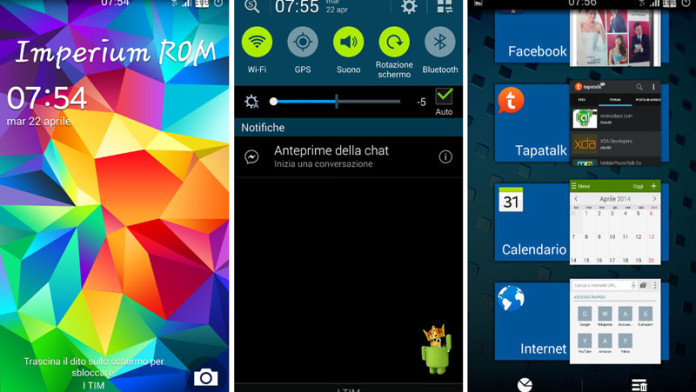 Samsung Galaxy S4 users are more interested in a Galaxy S5 ROM for their devices than the official Lollipop update from Samsung. Even though Android 5.0 Lollipop is one of the biggest updates that Google’s OS has ever seen, Galaxy S4 users don’t look very interested.

This is because the Lollipop version of Touchwiz is very similar to KitKat and isn’t a huge change like stock Android is. The user interface is almost the same with a few changes and new animations. Because of this, users have been looking for Galaxy S5 and Note 4 ROMs for their devices.

A ROM called Imperium offers the full Samsung Galaxy S5 experience on all Galaxy S4 devices. Imperium is created by the well-known senior member “slim80” and is a full featured ROM. 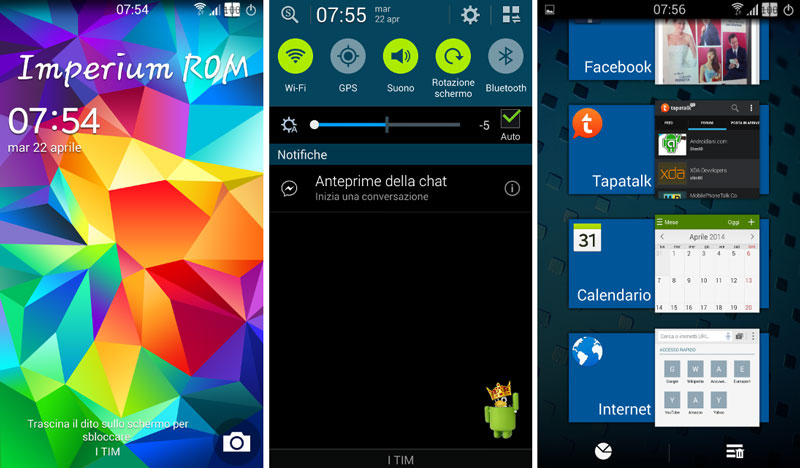 It is based on Android 4.4.2 KitKat and the NK4 firmware, it is deodexed, zipaligned, rooted with SuperSU and has Aroma installer. Basically, it has all the goodies of a custom ROM.

Apart from that, the Imperium ROM offers a wide variety of kernels like Talexop, KT, Adam, AEL, Alucard and Goggy Max 3 kernel.

The mod list is even longer. The ROM features many mods to improve the performance and make the user experience better.

Since it is a Galaxy S5 Experience ROM, the ROM includes all the applications and features of the Galaxy S5 and Galaxy Note 4.

Imperium is one of the best ROMs if you want to get Galaxy S5 or Note 4 experience on your Galaxy S4.