How To Fix iPhone & iPad Battery Drain on iOS 8 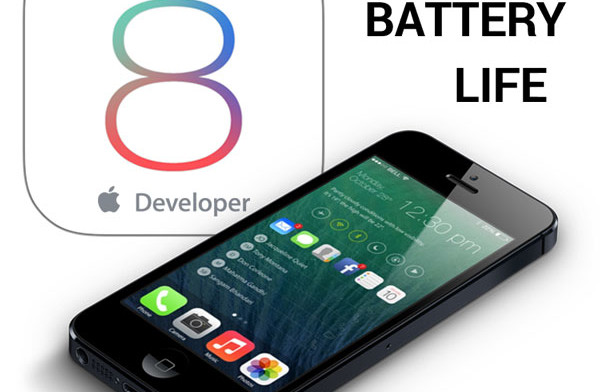 iOS 8 is having a lot of battery problems. The new iOS version has been released a few weeks ago and everyone who has a developer account can download and install it on iPhone and iPad. iOS 8 introduced a lot of improvements including new features, some user interface changes, better performance and improved battery life.

iOS 8 now has a dedicated menu on the options panel which allows you to see how much battery juice every application has spent and for how long it has been running on the background. This is the same feature that Android devices have had for a long time.

Apple said that iOS 8 has better battery life but until now this is not true. Many users have reported unusual battery drain and some devices are loosing 2% of battery per minute. This is somewhat expected because iOS 8 is still new and has room for improvement and bug fixes. In this article we are going to show you how to improve the battery life of your Apple devices with iOS 8. 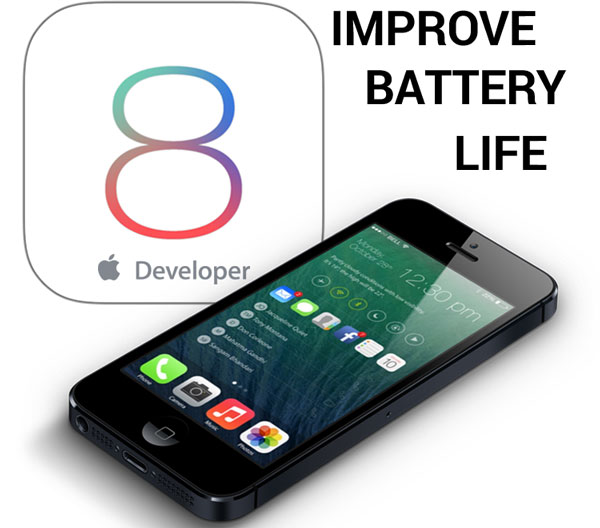 The biggest factor for the battery problem on iOS 8 are running applications. Even if you are not using a certain application, it can run on the background and so it will use battery life. Since iOS 8 now has the new “Battery” feature, you can easily see what apps are using a lot of battery juice.

The easiest thing to do is to uninstall those apps that use a lot of battery. If some of those apps are important try to remove them from the “Recent Apps” menu.

To disable syncing on iOS 8, go to Settings and scroll down to Mail, Contacts, Calendars. Select your account and turn off Contacts, Mail and Calendars option.

Make an iCloud backup and then restore it. If this doesn’t fix the battery drain problem, restore your iOS 8 device as a new phone. Connect your phone to your computer and restore it as a new phone through iTunes.