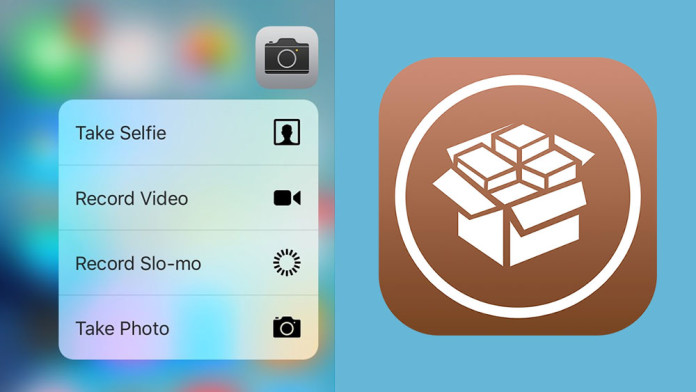 3D Touch is one of the biggest features of the Apple iPhone 6s and iPhone 6s Plus. It brings a new whole concept of app shortcuts thanks to a pressure sensitive display. Unlike what most people say, the 3D Touch feature is not a long-press of the home screen icon. To fire up the shortcuts you need to press the icon a little harder than usual.

You cannot get the original 3D Touch feature of the iPhone 6s and 6s Plus on your older iPhone because it is hardware related. The iPhone 6s has a new screen technology which makes 3D Touch possible.

However, with jailbreak and Cydia you can get 3D Touch on your older phone as well, be it an iPhone 6, 5s, 5, iPad Mini or iPad Air. There is a new Cydia tweak called Forcy, which enables quick action shortcuts on your phone’s home screen. Since older devices do not have the required 3D Touch Sensor, Forcy works a little different.

Instead of firmly pressing the screen to active quick settings shortcuts, this tweak works based on gestures. Basically, when you install this tweak, you simply swipe up from the app icon and the quick action shortcuts will appear. The user interface of the actions are exactly the same as those on the iPhone 6s. The home screen background becomes blurry and you have a few options. For example, if you swipe up from the camera icon, you get the option to take a selfie, record videos, record slo-mo videos or take a simple picture.

To activate 3D Touch feature on older iPhones, go to Cydia, open BigBoss repo and download Forcy. Once you install the tweak, you can go ahead and use the feature already because there are no things to configure. This is a really useful jailbreak tool which will really save you a lot of time.