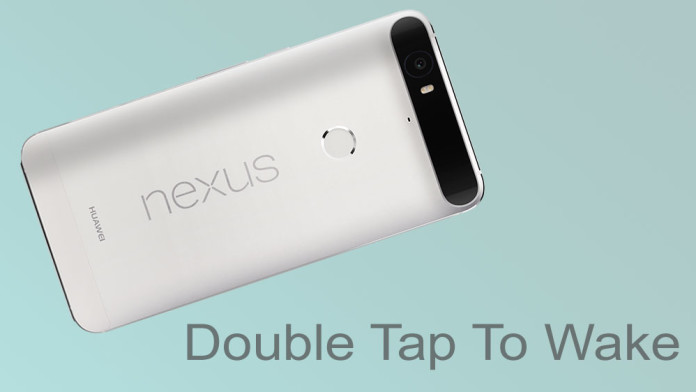 Double Tap To Wake is becoming increasingly popular on Android devices. It is a handy feature where you quickly tap twice on a phone’s touchscreen to turn the screen on. It is incredibly useful to have Double Tap To Wake feature enabled on your phone, especially if you have a big-sized device with a screen size over 5.5″.

It is much easier to simple tap on the screen twice and not having to stretch your fingers all the way to the top to press the power button. On some devices (Samsung Galaxy) you can turn the screen on by pressing the home button since they are hardware keys.

The Google Nexus 6P however does not have front hardware buttons. The only way to turn the screen on is by pressing the power button, which isn’t an easy task on this 5.7″ gigantic phone.

Double Tap To Wake is not active on the Nexus 6P by default. But it can be enabled easily if you have a rooted Marshmallow firmware. If you have/don’t have root on your phone and want to enable Double Tap To Wake on your Nexus 6P, then read the guide below.

How To Enable Double Tap To Wake Feature on Nexus 6P

Now turn the phone off and double tap on the screen to turn it on. Enjoy the useful feature.