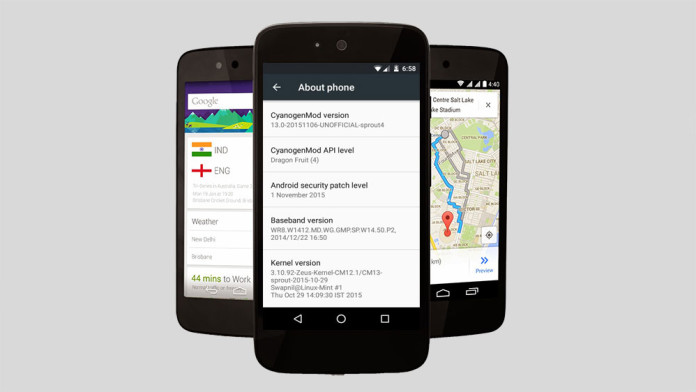 Android One is a platform designed by Google. It offers cheap Android phones with powerful hardware. You might not have heard a lot about Android One as it is aimed towards developing countries where people are on low budgets when it comes to smartphones.

Recently, Android One Sprout 4 and 8 devices have received CyanogenMod 13. The ROM is based on Android 6.0 Marshmallow. This CM13 build is not official however. It is built by  Swapnil Solanki based on CyanogenMod’s source code.

Since the ROM is not official, meaning it has not been created by the CyanogenMod team, CM13 for Android One comes with a few bugs and issues. While most of the things are working including camera, phone calls, mobile data, WiFi, Bluetooth and much more, you might suffer from performance issues or force closes from time to time.

CyanogenMod 13 can be installed on all Android One Sprout 4 devices such as Micromax Canvas A1, Karbonn Sparkle V, Spide Dream UNO and much more.

How To Install CM13 on Android One

Download the right CyanogenMod 13 ROM for your Android One device alongside Marshmallow Gapps. Transfer both files to the internal storage of your phone. Boot into recovery mode. Wipe data, cache and flash both files. Then restart your phone and wait for it to boot to CyanogenMod 13.