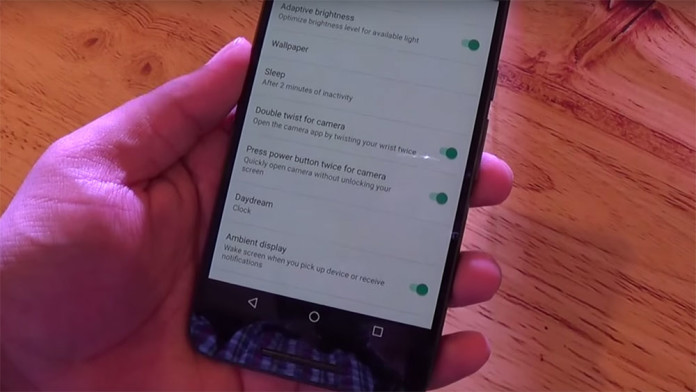 There are a few new neat features that Google has implemented on the Huawei Nexus 6P and LG Nexus 5X. Camera is one of the most important parts of every smartphone. Every phone owner uses the camera app at least once a day to capture the perfect moment.

But have you ever wanted to capture a moment but you couldn’t because once you turned the screen on, unlocked the phone, found the camera icon and then launched the camera app, the moment you wanted to photograph was long gone?

Google is aiming at changing this by adding shortcuts. This will make it easier and faster to launch the camera app. On the Nexus 6P and 5X there are two ways to quick launch the camera app. The first shortcut is by pressing the power button twice, which is similar to the double pressing feature of the home button on the Galaxy S6, and flicking the wrist twice.

If you are pressing the power button twice but the camera is not launching, then you need to enable the option. You can enable this shortcut from the settings menu.

Now, twist your wrist twice or press the power button twice to launch the camera app without even having to unlock the screen.