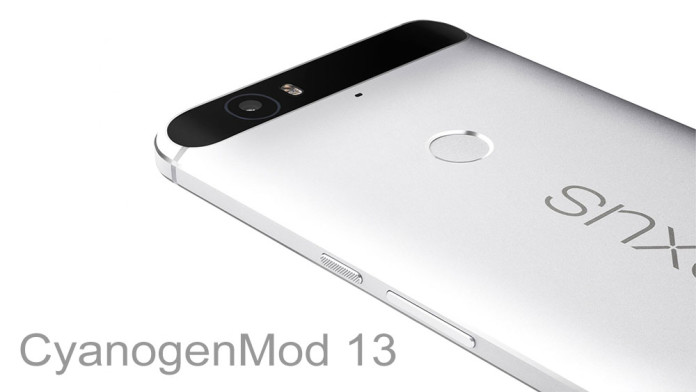 While the Nexus 6P comes with Android 6.0 Marshmallow out of the box, sometimes it is a good idea to test out a custom ROM, such as CyanogenMod 13. CM13 is the latest version of CyanogenMod based on Marshmallow.

Unlike stock Marshmallow, CyanogenMod 13 is full of features. The launcher is customizable, you can install themes, use Pie controls and overall enjoy a better user experience. The CyanogenMod team has recently released the first CyanogenMod 13 nightly build for the Nexus 6P “angler”.

CM13 for the Nexus 6P is not stable just yet as it is a nightly build. This means there are a few bugs here and there but for the most part the experience should be satisfying. It is the most stable CyanogenMod 13 version at the moment for the Nexus 6P.

How To Install CyanogenMod 13 ROM on Nexus 6P

Install the latest version of TWRP recovery on your Nexus 6P. Download both files, the ROM and Marshmallow Gapps and move them to the internal storage of your device. Then turn the phone off and boot into recovery mode. Perform a full Nandroid backup and then wipe data and cache (factory reset). Go to ‘Install’ and flash CyanogenMod 13 ROM. Then flash Marshmallow Gapps. Then reboot your phone. You have just installed CM13 on your Nexus 6P. Enjoy the enhanced version of Marshmallow.