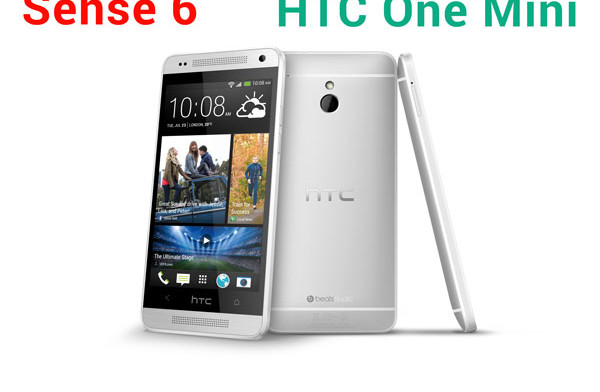 About two month ago several HTC devices received an update. They were officially updated to Sense 6. The update was available for the HTC M7 and some other last generation devices. But one surprising thing is why the HTC One mini didn’t receive the update.

HTC Sense 6 brings some features to HTC devices. It has a simpler look than before. This is why people prefer HTC devices, the interface is much simpler than Touchwiz that Samsung devices have. And another great thing is that HTC Sense looks like Vanilla android.

It also offers new color schemes. HTC devices look more colorful with Sense 6. It has some beautiful wallpapers that makes your phone looks cool. The TV app has also a new layout. It was given a simpler control interface for your entertainment.

Another good feature is that you can pause the video you are capturing. While making videos you will see a pause button. This helps users to capture videos in two different places without needing to edit the video after it has been captured. The gallery app has also changed. Photos are sorted by date similar to the iPhone.

Some other features are: Extreme power saving mode, a button to clear all recent apps, BlinkFeed improvements and again, a redesigned user interface.

As mentioned above, this update didn’t get released for the HTC One Mini. It became available only for a few HTC devices but now all HTC One Mini users can install Sense 6.

This will work with stock recovery and full stock ROM.