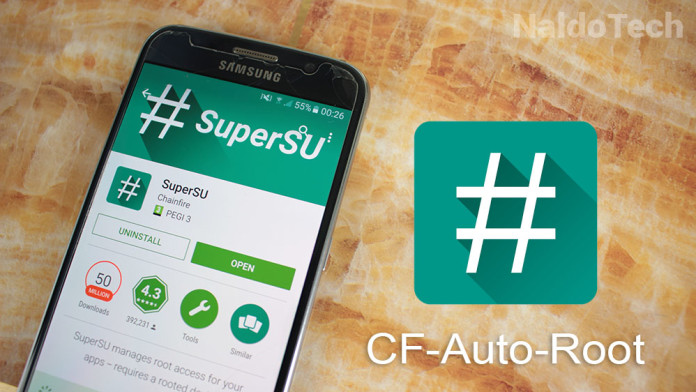 This led to the release of the updated version of CF Auto Root for all Samsung phones running on the official Marshmallow firmware. Below you can find the guide on how to root your phone’s Android 6.0.1 firmware using CF Auto Root.

CF Auto Root is a one-click root tool for the majority of Samsung Galaxy and Nexus phones. It is one of the easiest ways to root your Android phone. All you need to do is to flash the CF Auto Root file using Odin and you are all done.

There are other ways to root the Marshmallow firmware on the Galaxy S6. You can flash a custom kernel which not only grants root access but also provides better performance. Here’s how to root your phone using a custom kernel on Android 6.0.1.

How To Root Galaxy S6, S6 edge, S6 edge plus and Note 5 Marshmallow with CF-Auto-Root

To root your phone, you need to flash the CF Auto Root file with Odin. If you have ever flashed a stock firmware, you know how the process goes.

Download the right file for your phone model. You can find other variants of the Galaxy S6 on the source link below. Extract the file you just downloaded. You will get Odin flashing tool and a tar.md5 file. This is the file we are going to flash.

In just a few seconds Odin will flash the file and the phone will then reboot. Go to the app drawer and you will notice SuperSU installed.