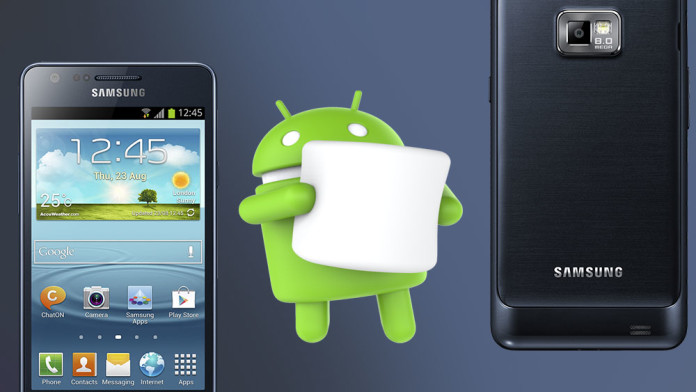 The Samsung Galaxy S2 is the phone that started it all. The reason why Samsung is one of the biggest players in the Android market is thanks to the Galaxy S2. Even though it has been over 5 years since the release of the Samsung Galaxy S2, it continues to receive some of the latest versions of Android, including 6.0.1 Marshmallow.

A developer has created a CyanogenMod 13 Marshmallow ROM for the Samsung Galaxy S2 GT-I9100 based on official CM sources. Alongside CM13 you can flash official Marshmallow Google Apps so you can get the full experience.

If you have an old S2 lying around, flashing this ROM would be a great idea. You get to see how an Android version from 2015 performs on a flagship Samsung phone from 2011. To flash CM13 and Google Gapps on your phone you need a custom recovery so make sure to have one before you continue below.

How To Install CyanogenMod 13 Marshmallow on Galaxy S2 GT-I9100

Download both the ROM and Gapps and move them to your phone’s internal storage.

Once you flash both files, reboot your phone. The first boot will take a few minutes and then you will be able to test CM13 on the Galaxy S2.