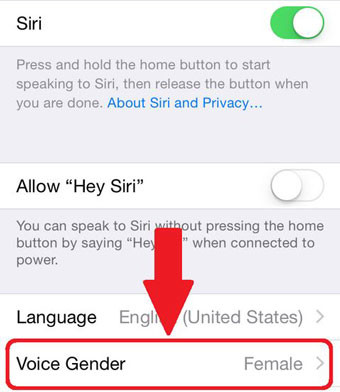 How to change Siri voice gender from female to male on iOS 7 and iOS 8. Siri is one of the most intelligent and popular personal assistant. Siri got unveiled during iPhone 4s and iOS announcement and it was probably the first personal assistant you could find on a mobile phone.

It was able to do many things that take a lot of time to do manually. It could search for nearby shops. airplane tickets, set reminders, alarm clock and even teach her to spell your name. Of course, Siri got introduced 3 years ago and now there are other virtual assistants like Google Now and Cortana which have proven to be faster and better than Siri.

Also Read: Why iPhone 6 Sucks & You Shouldn’t Buy I

One advantage Siri has over Cortana and Google Now is personalization. Siri is more personal and can give better answers while other assistants, even though they do a great job, they mainly search the web and can’t answer funny questions. 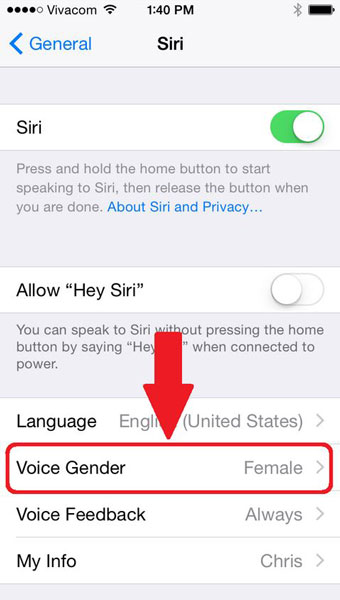 One thing that has been requested by many users is how to change Siri voice gender. We all know by now that Siri by default is a girl. But you have the option to change it to male gender. When you change it, every time you ask Siri about something, it will response with a guy voice.

2. Scroll down to General.

4. Go down and tap on Voice Gender.

Now when you ask Siri about something, it will respond with a guy voice. If you want to switch back, simply go to Settings again and select Female.