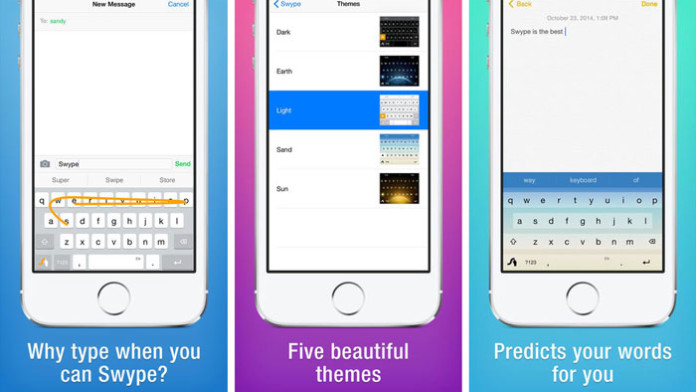 Apple never allowed iOS to have third-party keyboards. iOS has always had only one keyboard which was made by Apple. So, iOS users were stuck with the same keyboard layout for years.

Well, iOS 7 update brought a new keyboard design but it had to extra functionalities and goodies like Android phones have. On Android devices, you can install third-party keyboard with extra features which make texting a lot easier.

Apple listened to its users and allowed third-party keyboards on iOS 8. The first keyboard app that you could install from the App Store was Swype. Swype is a well-known keyboard app for Android devices which has recently come to the App Store. 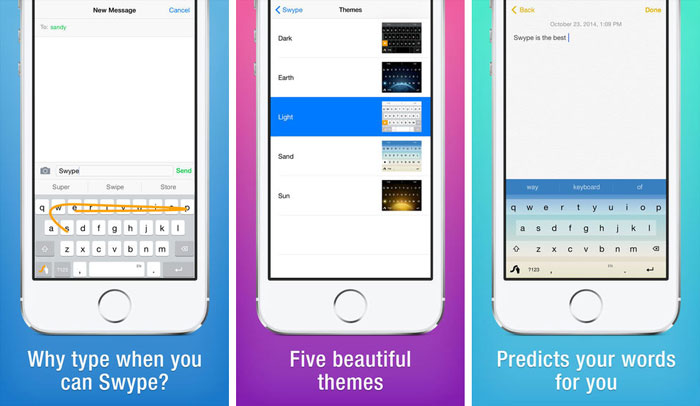 Swype offers a lot of features that stock iOS keyboard doesn’t have. It has better word prediction, it can predict emoji and supports 6 languages: English UK, English US, German, Spanish, Italian and French.

If you don’t want any of the languages above, you can download and install 16 new languages thanks to the new Swype update.

Also Read: How to Take Screenshot (Screen Capture) on iPhone 6 and 6 Plus iOS 8

The app used to cost $0.99 but developers removed the price and you can download it for free. Download Swype third part keyboard app for iOS 8 here.

Previous articleAndroid 5.0 Lollipop ROM for Xperia Z2 Is Out
Next articleHow To Deregister (Unlink) Number From iMessage iOS