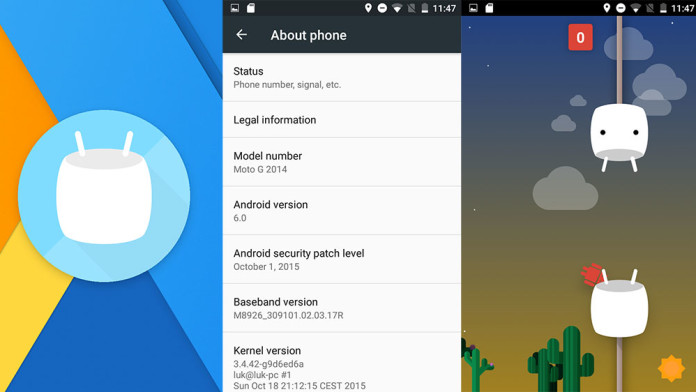 CyanogenMod 13, the latest version of the famous and popular custom ROM based on Android 6.0 Marshmallow is now available for the Moto G 2014 LTE variant. Ever since Google released the Marshmallow source code (AOSP) known as Android Open Source Project, developers have been working on creating CyanogenMod 13 builds for their devices.

Cameo164 comes with the first CM13 Marshmallow ROM for the Moto G released in 2014. The ROM is based on the latest CyanogenMod source from GitHub. The code is changed to support the Moto G 2014 LTE but there aren’t made any changes to fix current existing issues reported on other phones.

If you want to install CM13 on your Moto G 2014, it is good to know what is working and what is not. With CyanogenMod 13 you can make phone calls, RIL (SMS messages, phone calls, mobile data), WiFi, GPS, Bluetooth, video playback, audio, sensors and LED.

On the other side, camera, flashlight and FM Radio do not work at moment of writing, even though the developer will eventually fix all the remaining bugs in future build updates.

Reboot your phone. Your Moto G 2014 will boot into pure Android 6.0 Marshmallow experience thanks to CM13 ROM.