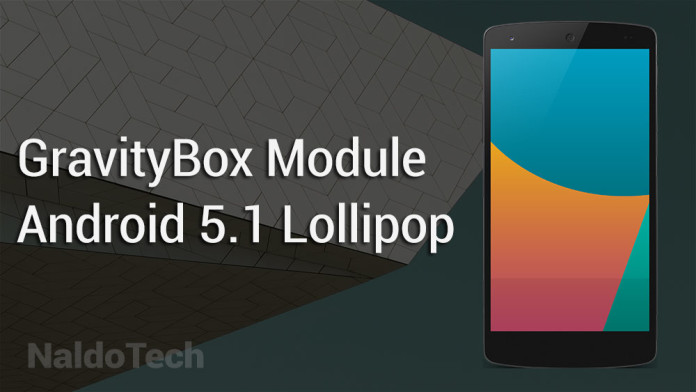 The developer of the popular GravityBox module has released an update adding support for Android 5.1 Lollipop devices. GravityBox is a neat module used along Xposed framework to tweak devices running on stock Android.

One of the modules that caused issues and bootloops on Android 5.1 was GravityBox. It is one of the most downloaded modules from the Xposed repository and it is the main reason why users even use Xposed. GravityBox is a module for stock Android devices that can change various aspects of the firmware.

The latest update of GravityBox means that users can now install it on Android 5.1 Lollipop without causing any issues or bootloops. The module version that supports Android 5.1 is 5.1.0 and can be installed as a normal module.

How To Install GravityBox on Android 5.1 Lollipop