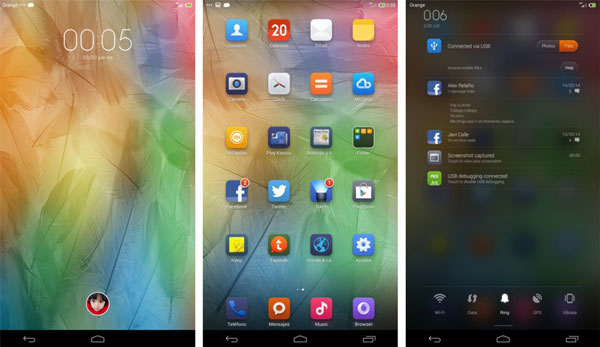 Install the full MIUI 6 theme ROM design. MIUI is the latest firmware version released by Xiaomi for its devices like Xiaomi Mi2 and Mi3. It has new features and applications that version 5 didn’t have. Check out the article for everything new in MIUI 6.

The first thing everyone will say when they use version 6 for the first time is that it looks a lot like iOS 7 and iOS 8. That’s because there are a lot of design elements and features which are similar to iOS. The full ROM is available only for Xiaomi devices while for other phones it will get released later.

If you wanted to enjoy this ROM on your phone,  you had to install MIUI 6 launcher and theme. Now, you can install MIUI Express. This app turns your phone completely into a MIUI device.

Here are some of the features and highlights of MIUI Express:

Download full MIUI 6 ROM theme for your phone. This is the closest experience you will get until the official ROM gets released.