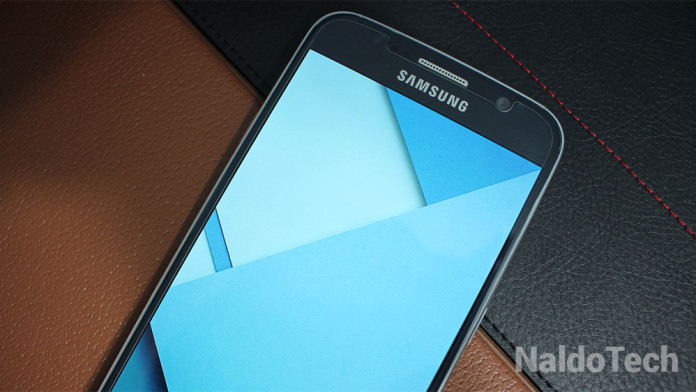 Everyone was excited with the release of the Samsung Galaxy S6 and Galaxy S6 edge. These two flagship devices are the best smartphones ever created by Samsung. They both come with Android 5.0.2 out of the box and will soon receive the official Android M update.

Even though Samsung has radically improved the TouchWiz skin on the Samsung Galaxy S6, the UI is the same, with similar bright blue theme colors. Many people didn’t welcome the interface on the Galaxy S6 since they were expecting a redesigned TouchWiz skin.

The good thing is that Samsung has implemented a new feature on the system core called Theme Panel which makes it possible to install custom themes and override the current interface. The theme engine is similar to what CyanogenMod uses. The user installs a theme and activates it from the theme panel, changing icons, colors and much more. You can download and install themes from the Samsung store or themes created by members.

Member cambunch has created a new theme for the Samsung Galaxy S6 and the Galaxy S6 edge which makes the TouchWiz skin similar to stock Android. It changes the icon pack, enables stock Google keyboard and changes the theme color to look like stock pure Android.

That is it. Now your Galaxy S6 will be rocking the stock Android Material Design theme.