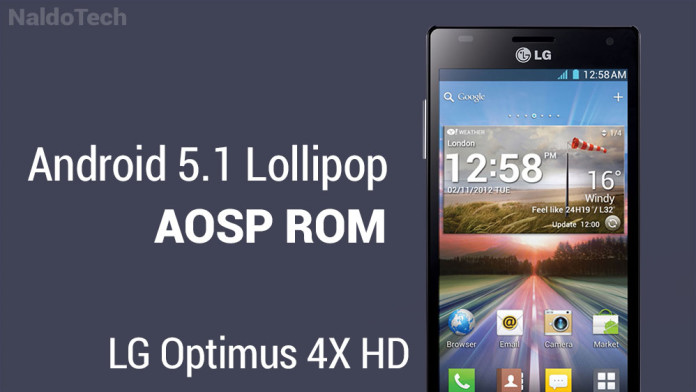 Android 5.1 Lollipop ROMs are quickly becoming the new trend. Every day we are seeing new devices receiving beta and alpha ROMs based on the latest and greatest Android 5.1 Lollipop version and the LG Optimus 4X HD is the next lucky phone. It is the latest version released by Google and if the other minor updates weren’t enough to convince you to update, Android 5.1 will.

Google worked very hard on Android 5.1. The company has added new features and has changed the UI a little bit. Also, some annoying bugs and issues found on previous versions have been fixed.

Forum member “MoltenMotherBoard” has ported and created an AOSP ROM based on Android 5.1 for the old LG Optimus 4X HD. The Optimus 4X HD was released back in 2012 as a direct competitor to the most popular Android phone, the Galaxy S3. It came with a 4.7″ HD LCD display, quad-core Nvidia Tegra 3 processor with ULP GeForce, 8 MP camera and 2150 mAh.

You need to be rooted, with unlocked bootloader and a custom recovery installed.

Wait for the phone to boot up and enjoy the Android 5.1 Lollipop AOSP ROM on your LG Optimus 4X HD P880.