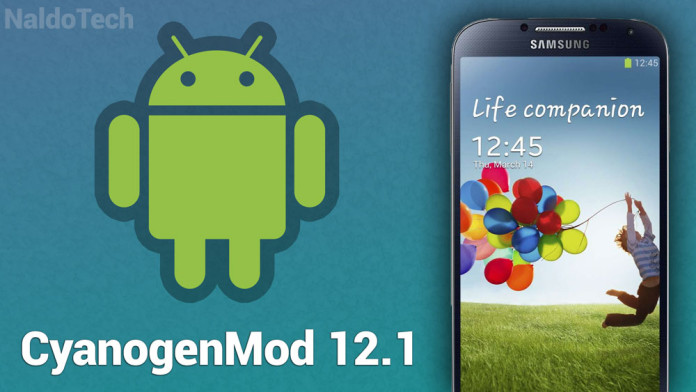 The most popular Android 5.1 Lollipop ROM at the moment, CyanogenMod 12.1 has made its way to the most popular variant of the Galaxy S4, the Snapdragon GT-I9505 variant. Developers have shown more love for the variant that comes with the Snapdragon chipset (GT-I9505) than for the variant that comes with the Exynos variant (GT-I9500). This comes as a result of Samsung not releasing the source code of the Exynos SoC.

CyanogenMod 12.1 is yet to become official and all the supported Galaxy S4 variants have received unofficial CM12.1 builds which are rather stable, except a few bugs that might not affect your interest in installing the ROM.

The CyanogenMod 12.1 optimized ROM for the Galaxy S4 is created by AntaresOne and Alucard24. It is early to say if the ROM is ready for daily usage but first testers have reported good feedback. The ROM is performing well without any major bugs.

The Android 5.1 Lollipop ROM works on most of Galaxy S4 Snapdragon variants including jflte, jflteatt, jfltevzw and jfltexx. Whereas the GT-I9515 variant is not fully supported because many things are currently broken because of different bootloader and system files.

Make sure your phone is charged to prevent any unexpected shut downs during the process.

You need to have at least 350 MB free space to accommodate the ROM and Google Apps.

You need to have a custom recovery like TWRP or PhilZ to flash the ROM.

Now all you have to do is to wait for your Samsung Galaxy S4 to boot into the new Android 5.1 Lollipop based custom ROM.