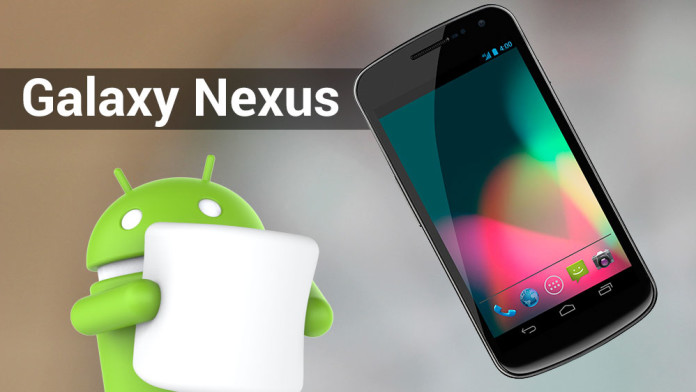 But even though there’s no official support from Google, it doesn’t mean that the Galaxy Nexus cannot enjoy any future software updates. Ziyan is a recognized developer known for the popular custom ROM called ZMoD. The ROM has many features such as theming support, advanced reboot and other improvements.

Recently, the developer has released a beta build of Android 6.0 Marshmallow for the Galaxy Nexus based on AOSP (Android Open Source Project). The ROM is not stable and there are many bugs in the system. If you install the ROM, do not expect to be using it as a daily driver. It is highly experimental and it should be used for testing purposes only.

Once you have installed both files, reboot your phone and you are done.