How To Fix Slow Charging Problem on Samsung Galaxy S5, S4 and Note 3 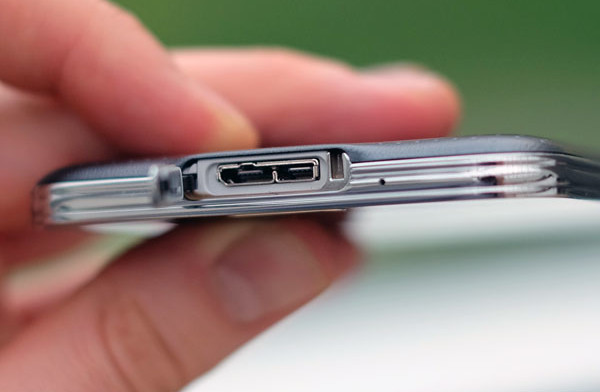 Not only they have big batteries, they also have huge displays which are the biggest factors for draining the battery juice. The Samsung Galaxy Note 3 and the Galaxy S5 both have very bright displays and when the brightness is set to max, the battery will go down very quick.

Nonetheless, the Galaxy S5, S4 and Note 3 have a 2A charger which is enough and can charge these devices pretty quick. However, in some cases the battery level barely goes up when charging and sometimes it even goes down. Here are a few reasons why you are experiencing slow charging problems and how to fix them.

One of the most common and obvious reason is using the phone while charging. Even though the power adapter should have enough power to charge the phone which is being used, sometimes it simply doesn’t have that much of power.

Especially when you are doing heavy tasks like gaming and multitasking. In this case, the battery drain is higher than the power of the charger and that’s why the battery level decreases instead of increasing.

Another reason is a bad or broken charger. Sometimes, after a few months or a year of use, a charger can stop working properly, especially if you charge your phone a lot. Also, a fake or chinese charger can also be responsible for slow charging on your Samsung Galaxy S5, Galaxy S4, Note 3 and older devices.

To summarize, don’t use the phone for heavy tasks like gaming while charging, replace an old charger and don’t use fake chargers.