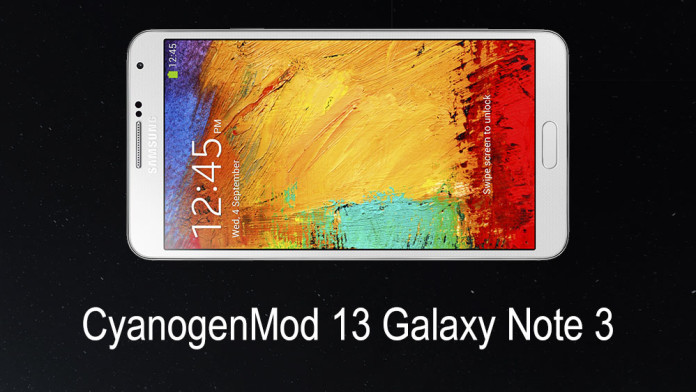 The Samsung Galaxy Note 3 is one of many devices that have gotten the chance to receive a Marshmallow ROM. MorningStar has published the first public and working CM13 ROM based on CM source code.

According to the developer, the ROM is pure CyanogenMod 13 Marshmallow experience with a few modifications. Chainfire’s latest SuperSU has been added for full root access and the stock CM kernel has been replaced with Temasek’s hlte kernel source for added stability.

The ROM has proven to be fairy stable considering that it is in beta stage. However, the ROM is unofficial and you should not use it as a daily driver. With CM13 installed on your Galaxy Note 3 you won’t be able to use a SIM card, thus features such as calls, messages, and mobile data won’t work. Also, Bluetooth is working partially. If you understand that the ROM is in beta stage and not an official build, you can download the ROM below and flash it on your phone.

You also need a custom recovery such as TWRP on your Samsung Galaxy Note 3. What you need to do to install Marshmallow is to move both files downloaded above to the internal storage of your Note 3. Then boot into recovery, make a Nandroid backup, wipe data, cache, flash CM13 ROM, flash Marshmallow Gapps and reboot your phone.