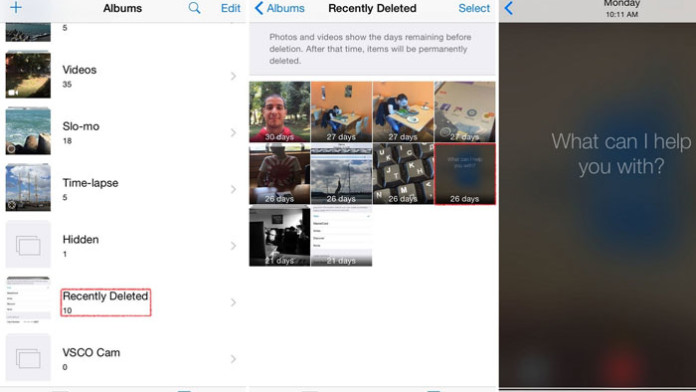 iOS 8 is the newest addition to iOS operating system. iOS 7 was one of the biggest changes since the original release of the OS back in 2007 when the first iPhone came out. iOS 8 doesn’t have a lot of changes when it comes to graphics but it has a lot of software features.

As we talked on the last article, iOS 8 has many features that previous versions don’t have like third-party keyboards support, next word prediction,  lock screen notifications and battery stats to see how much juice every app has used.

One feature that some may like and some may hate is the fact that deleted photos from the gallery aren’t actually gone. If you delete a photo from the gallery, instead of disappearing forever, it goes to Recently deleted album. 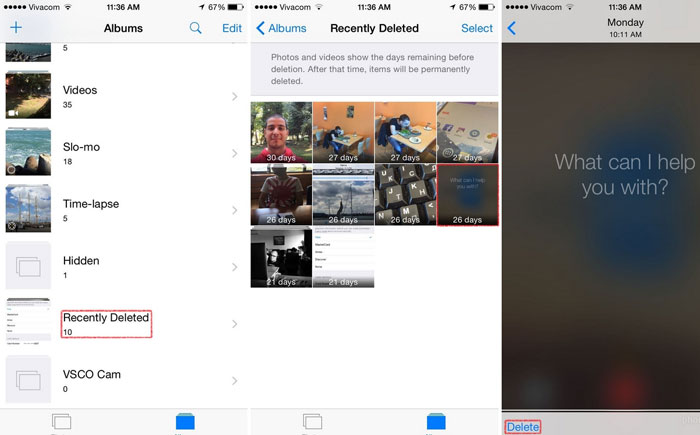 Basically, the deleted photo is still there and anyone can see it. But if you want to remove the picture forever, there are two things you can do. If a picture is inside Recently Deleted album, it will get automatically deleted after one month. So you have to wait one month for the photo to disappear.

But if you don’t want to wait for 30 days, then you can do it manually.

1. Open your phone and go to Gallery.

2. Go to Recently Deleted album and select a photo.

Also Read: How To Install & Switch To iOS 8 Third-Party Keyboards

That is it. Now the picture is gone forever and no one will ever see it again.