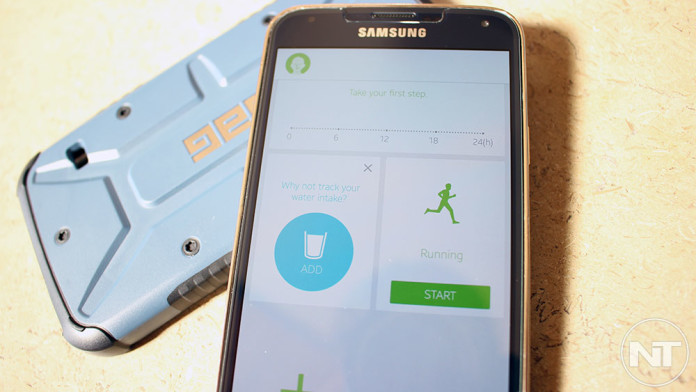 The Samsung Galaxy S6 is breaking every record that Samsung has set before, surpassing Galaxy S5, Galaxy S4 and Galaxy S3 sales. To give you a rough idea of the popularity of the Galaxy S6, the Galaxy S3, the most popular Samsung device has sold 50 million units. The Galaxy S6 is expected to sell more than 70 million.

Being so popular, developers who have got their hands on the device has ported applications and software features from the Samsung Galaxy S6 to previous Galaxy flagships like the S5 and S4. You can turn your phone into a Galaxy S6 by downloading and installing the official S6 launcher and wallpapers.

In this article we will talk about another app that has been quite successful, S Health. S Health is a health app that measures your heart rate, counts the steps taken in one day thanks to pedometer and shows ideal exercises to keep a fit body.

As users have reported, the app works without any problems and there are no bugs to be found. While the app is designed to work on the Galaxy Note 4, users have confirmed that it works on the Galaxy S5 as well.

Note: This is designed to work on the Galaxy Note 4 and users have reported that it runs well on the Galaxy S5. Before doing anything, please make a backup of your current S Health app. You will need root access and a file explorer.

Wait for the phone to boot up, go to the app drawer and launch the new Galaxy S6 S Health app.