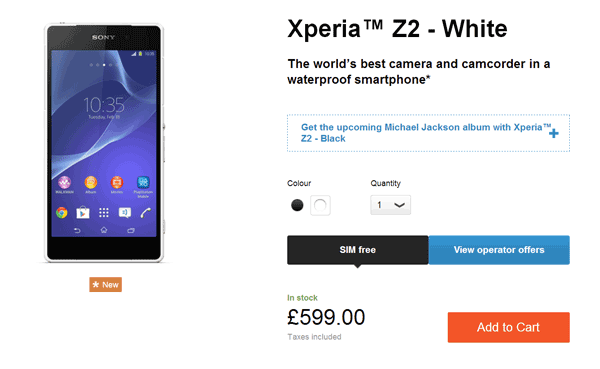 The new Sony Xperia Z2 has just been launched across Europe and it is finally available for sale. The Z2 was originally planed to be released somewhere in the middle of April, but the high demand for this handset as well as some manufacturing problems caused a 2-3 week delay.

However, the delay is over now and you can buy Sony’s flagship device right now. Some of the most important cities in Europe have the device in stock and thanks to the high demand, there are less and less devices available.

As said above, the Xperia Z2 is already running out of stock in some countries like Poland, United Kingdom and Italy because of the high demand. If you are in one of those countries and want to buy the device, go now and grab yourself one because latter it might be out of stock

For all you who are interested in buying one, check out official Sony stores UK, Italy, France, Sweden and Germany.

How To Flash RUU Firmware On HTC One M9