How To Flash RUU Firmware On HTC One M9 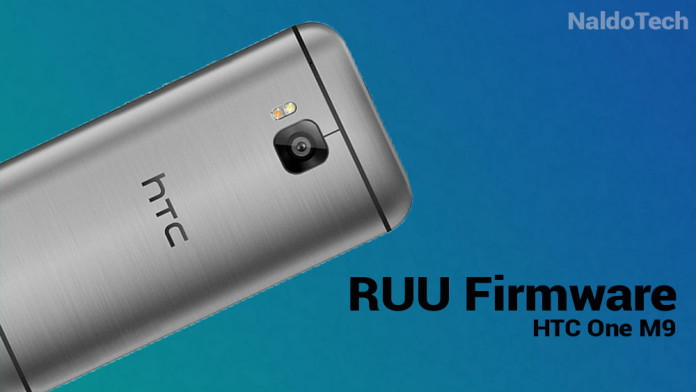 The One M9 is one of HTC’s most promising devices of this year. While it is not a huge improvement over the HTC One M8, the One M9 introduces a faster processor, 3 GB RAM, 20.7 MP main camera, 2840 mAh battery and a beautiful unibody design.

Another thing that looks like will happen on the HTC One M9 is the developer support. Even though HTC tries hard to update its devices to the latest version of Android, this often happens very late. Because of this, users turn their eyes to other solutions, one of them being individual and enthusiastic developers.

These developers create custom ROMs, mods, kernels and recoveries that you can flash on your HTC One M9 to improve the experience. Rooting unlocks a whole new level of opportunities like overclocking, removing bloatware and installing custom ROMs.

Sometimes, it is needed to revert back to stock. For one reason or another, you have to remove root and turn the phone to the way it was when you first used it out of the box. The best way to send the HTC One M9 back to stock is by flashing a RUU firmware file.

By flashing a RUU firmware file, your HTC One M9 will be like brand new. All applications will be deleted, root access will be lost and everything will be on default state. If you are looking to restore your HTC One M9 to stock, follow the guide below.

First of all, you need to have a HTC One M8 with S-OFF. If you do not have S-OFF on your device but S-ON, this guide will not work.

Wait for your phone to reboot. That is it. You have flashed a RUU firmware on your HTC One M9, removing root and restoring the phone to stock.